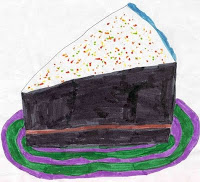 PatLit posted an earlier item on the ruling of Mr Justice Floyd in MMI Research Ltd v Cellxion Ltd and others. Well, there has been a short sequel in the form of a further judgment at [2009] EWHC 1938 (Pat).

The relevant history of this piece of litigation, as told by Floyd J, is as follows:

"1. I handed down my judgment in this patent infringement action on 11th March 2009. There was a first hearing on the form of order on 16th March 2009, when all matters relating to the scope of the injunction, and certain other matters were adjourned to come on at a further hearing. That further hearing was held before me on 26th June 2009, and I handed down a further reserved judgment on the 3rd July 2009. In that judgment I dealt with a question of infringement of the patent by the UGX device. The UGX was a device described in a further Product and Process Description [PPD] which had not been considered at the trial and which the first to fourth and sixth defendants contended did not infringe the patent. In the course of that further hearing Mr Wilson QC [for the defendands] raised the question of a yet further variant .... I declined to deal with that variant, as it had not been properly described in the evidence, and Mr Howe for the claimant rightly objected to my hearing it without notice. The parties have, however, agreed that it would be desirable for me to decide the matter now and to do so without a hearing. As the device has apparently been sold, the issue would have to be determined in the enquiry as to damages in any event. Each side has made one set of submissions in writing on this further variant, which I have considered".

So far, so good. The judge then continued:

"2. In my judgment of 3rd July 2009 ... I considered infringement by the UGX device. That device uses a combination of a scanner and an ordinary mobile phone as the “test mobile phone” or TMS of claim 1. I held that the UGX infringed claim 1, because the combination met the requirement for a test mobile phone, as that term would be understood by a person skilled in the art. The proposed device which I now have to consider is a variant of the UGX in which no mobile phone properly so called is included at all. The device therefore has none of the normal mobile phone functions, such as the ability to make and receive calls. My judgment on this point should be read in conjunction with my judgments of March 11th and July 3rd 2009.

3. The principles which apply to the construction of patent specifications are not in dispute ... It would be rare for those principles to justify ignoring a requirement in a claim altogether, simply because it appears to make no difference to the inventive concept ...

4. Mr Howe submits that the need for the normal functions of a mobile phone is not immediately apparent from claim 1 of the patent: everything which is required by claim 1 can be done by the scanner in the modified UGX. It is not until one gets to claim 4 that one requires the mobile phone to have these further functions, which are useful in the context of call interception.

5. The fundamental problem with this approach is that it requires the court to give the term “test mobile phone” a different meaning in claim 1 from that which it possesses in claim 4. Moreover, whilst I have held that the skilled person would understand the patentee to be using the term “test mobile phone” to include a combination of items which together perform the functions of a test mobile phone, I cannot see my way to holding that such a person would regard the term as extending to an item or combination of items which do not perform those functions at all.

6. Mr Howe’s approach regards the term “test mobile phone” as an empty vessel to be filled only by those functions expressly required by the claim. In my judgment that approach is incorrect. The skilled person would understand that the patentee was calling for a device which could operate as a mobile phone. The absence of anything which fits that description takes the device outside the scope of claim 1, and I will declare accordingly.

7. I should only add that I should not be regarded as giving my seal of approval to this piecemeal approach to the consideration of alternative versions of the alleged infringing device. Parties who wish the court to consider such variants should do at the trial of the action, particularly where, as here, they are on the market and being sold. It is obviously in the interests of the efficient management of litigation that, so far as reasonably practical, all the issues between the parties are determined at a single hearing: see CPR Part 2 para. 1.2(i). If parties do not reveal alternative embodiments until after the trial, this objective is frustrated".

This is the second time in a week (this being the first) in which it appears that the PPD, far from enabling the court to reach a more swift and certain resolution of a dispute before it, actually achieves the other aim -- whether, a here, by causing piecemeal litigation or by looking like a fishing trip into the realms of the hypothetical. The letters 'PPD' should truly stand for 'Product and Process Description', not 'Prolongation of Patent Dispute'.
Pubblicato da Jeremy a 5:50 am

Email ThisBlogThis!Share to TwitterShare to FacebookShare to Pinterest
Etichette: PPD