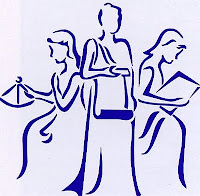 Speaking at the Chartered Institute of Patent Attorneys' Congress at the Radisson SAS Portman Hotel today, Mr Justice Arnold opened the discussion of the cost of patent litigation, especially for SMEs. Observing that the cost of patent litigation has been a subject of complaint for more than 150 years, he highlighted the fact that SMEs have been perceived as being priced out of not just IP litigation, but litigation in general. This brought him to the subject of the Patents County Court (PCC). Explaining its genesis, he reminded the audience that its first decade was not a success (for reasons which, he felt, it was not necessary to adumbrate). Following the Woolf reforms át the turn of the century, the PCC was effectively operating in the same manner as the Patents Court. While it is generally recognised that its decisions are now more widely respected, the PCC has not been heavily used. This has meant that Judge Fysh QC has had the time to preside over the Copyright Tribunal too. 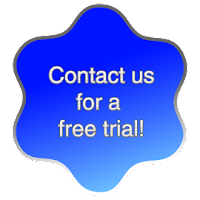 Left: we're not yet approaching free trials, but substantial costs savings can be made

Turning now to the Jackson Review of civil litigation, Arnold J urged Congress participants to read it, recommending it as a stupendous piece of research. In response to this initiative the Intellectual Property Court Users' Committee Working Group was hastily convened and submitted its recommendations at the end of July (see PatLit here). The renaming of the court as the Intellectual Property County Court, the imposition of strict case management limitations, the absence of standard disclosure and the reduction of demands for evidential material were all mentioned, it being hoped that wherever possible it should be possible for cases to forward solely on the basis of pleadings. Hearings would be held only where necessary, to keep costs down, making use of that ingenious invention, the telephone, where possible. At trial (one to two days) the timetable would be set by the judge, not the parties, and would be split between the parties.

Following the IPO, costs would be on a scale fee basis -- but would be "rather more generous", within a band that reflected the complexity of the matter. Costs would be capped at £50,000 (£25,000 in respect of an account or other financial relief). Cases involving up to £500,000, exclusive of interest, would be heard. Above that, disputes should go to the Patents Court. Arnold J also addressed the transfer of cases between the PCC and the Patents Court, a difficult issue particularly in the early days of the court. Lord Justice Jackson's report is expected by the end of the year, and its recommendations are likely to require both primary and secondary legislation.

Taking questions, Arnold J was asked about the effect of the proposed changes on patent attorney litigators. There are around 70 such people on the register, it appears, but neither he nor Judge Fysh QC had seen many of them in action. "Don't be bashful", he urged those present, You've got the skills and everyone has to start somewhere". It was quite likely that patent attorney advocates would get less of an airing in the new version of the PCC than they get at present in hearings before the IPO.

Other issues raised in the discussion session which followed Arnold J's included the follows:

* the effect of the reforms on the operation of litigation teams;
* litigation that was taking place concurrently in more than one jurisdiction;
* why, if it was possible to run an EPO opposition on a cap of £50,000, it should not be possible to do the same for PCC litigation;
* whether the low level of patent litigation in the UK, which hitherto made the cost and effort of becoming a patent attorney litigator, would be 'cured' by the reform proposals with the result that more such litigators would come forward;
* how much expert evidence is really needed in PCC litigation -- and the different roles played by experts in Patents Court litigation and before the PCC [
* whether the court should appoint its own independent expert to educate the court [while the CPRs probably provide for this already, "It's not done -- and it's best not done", said the judge. Jointly agreed experts are better, particularly for matters like valuation]; 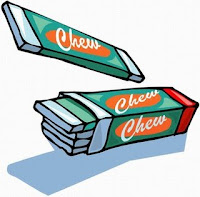 * the need for discipline in terms of not raising too many claims and citing too many pieces of prior art.

Alastair Neill Appleyard Lees) then gave an amusing account of his first experience of appearing as a patent attorney before the Chancellor's Court and a brief encounter with a piece of pre-used and still relatively flavoursome chewing gum. Amid laughter and some gentle speculation as to who might follow Judge Fysh on his retirement (no hands were raised when the judge enquired who might be interested), the meeting adjourned with the promise of a trip to the bar.
Pubblicato da Jeremy a 5:33 pm