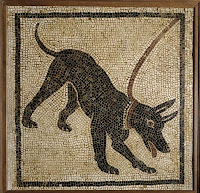 Ignacio Marqués (Baker & McKenzie, Barcelona) has written to PatLit with news that the dogged pursuit of mosaics may be a thing of the past in Spain. He tells us:

"A recently published judgment of the Audiencia Provincial de Barcelona (Barcelona Court of Appeals) of 15 March 2009 sets clear criteria for how to determine "killing" prior art in patent cancellation actions in Spain.

According to the terms of the judgment, that was not the right approach. Instead, when assessing the novelty of an invention, the cited prior art has to be examined individually (document by document) and then has to be confronted with the challenged patent. Only then the Court can rightly establish whether each cited document, per se, anticipates the subject matter of the invention. Accordingly the technique of mosaicing different prior documents is not a suitable ground upon which to base a patent cancellation case on the grounds of lack of novelty in Spain.

The Court also stated that the cancellation of the first (and main) claim does not automatically trigger the cancellation of the rest of the subsequent (and ancillary) claims depending of the first one, as the claimant in this action alleged. Even in cases where the first claim is held to be invalid, the Court added, the claimant has to satisfy the burden of providing sound evidence of the lack of novelty of every dependent claim which it intends to cancel. If this procedural requirement is not met, the patent will be partially cancelled (only the first and main claim will perish), while the dependent claims will survive."