Should appeal courts have a didactic role? 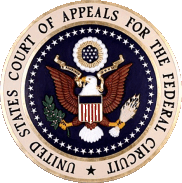 In an article last Friday for Intellectual Property Watch, ("US Federal Circuit May Offer Patent, Tech Policy Guidance For High Court"), Winter Casey reports on a lecture by Rochelle Dreyfuss, a professor at New York University School of Law, in which she is reported as suggesting that the United States Federal Circuit Court of Appeals should act more like a teacher to the Supreme Court and do a better job explaining its policy reasoning when it makes decisions on innovation-related cases: if the Federal Circuit was clearer in how it reached its conclusions in patent disputes, the Supreme Court might opt to get involved in fewer patent cases. The article reviews responses to Professor Dreyfuss's suggestions and adds:

"... Dreyfuss’ remarks came at a time when the Supreme Court is weighing in on more patent cases - the upcoming case of Bilski v. Kappos has received significant attention by industry ... and patent legislation is still pending before Congress.

... former USPTO Solicitor of Patents and Trademarks Nancy Linck said that Dreyfuss’ recommendation that “the Federal Circuit provide more policy rationale for their decisions to assist district court judges in following its precedent … is an excellent one.”

Linck added that “I agree with her that, if the Federal Circuit explained the policy considerations underlying its decisions, the number of reversals of district court cases might be reduced, and the Supreme Court might grant certiorari less frequently.”

... The Federal Circuit was set up as an experiment in specialisation, and there were concerns about risks of court capture by special interests, neglect of non-patent incentives to innovation such as intellectual curiosity, prizes or competition, as well as possible jurisdictional isolation of cases.

Dreyfuss said the experiment has been a “raging success,” with jurisdiction beyond patents, no capture, and eliminating “forum-shopping” of cases while establishing uniformity and predictability (possibly at the expense of flexibility). She said the increase in the more generalist Supreme Court reviews of the more technical Federal Circuit decisions could be a coming of age for the experiment.

She also said that the Federal Circuit’s history “reveals a strong interest in strengthening patent value and stemming what was perceived as a flight to trade secrecy.” But now, she noted, there are issues of too many patents and of lower quality. This is where the Supreme Court has moved in (taking more patent cases while taking less cases overall), helping the patent system to evolve and fitting it into the economy as a whole".

Superficially the notion of the Court of Appeals for the Federal Circuit acting as a teacher to the Supreme Court is attractive, for the reasons outlined. However, the reason why cases come before that court is that one or more parties to a live dispute have appealed a decision of the trial judge to that court and the prime function of any appellate tribunal should be to resolve the issues that led to the litigation arising in the first place. Neither the Federal Ciruit's appeal judges nor the members of the US Supreme Court have been elected in order to determine patent policy and it would be unfortunate if the direction taken by the US patent system were taken by the fortuitous circumstance that some issues have been raised on appeal while others have not.
Pubblicato da Jeremy a 10:34 am

Email ThisBlogThis!Share to TwitterShare to FacebookShare to Pinterest
Etichette: role of CAFC, US

Courts (especially those in the Federal Circuit) already make policy-based decisions. While no one wants to write them a blank check to do so, in a sense it could be helpful if these courts were more explicit about the policies on which they rely and the extent to which such considerations influence each decision. However, I'm not convinced that this practice would lighten the patent litigation caseload, as Casey and Linck propose.