The other side of the molecule: Teva seeks to protect its patch 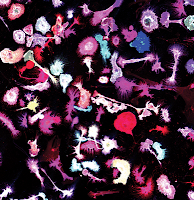 Better known for its prowess as a manufacturer of generic pharmaceuticals, Teva Pharmaceutical Industries has just been given the opportunity to show just how well it can play the patent system from the other side, as a patent proprietor, in its battle to protect Copaxone (glatiramer acetate), a top-selling drug that the company has developed in-house. According to Israeli newspaper Haaretz, Teva has just commenced proceedings against Mylan, alleging that the latter's application to sell its own version of Teva's multiple sclerosis drug infringed its US patents. Similar proceedings have been launched against Indian company Natco.

In terms of Teva's timing, its patent is not scheduled to expire till May 2014; Mylan went public with its intention to sell generic Copaxone nearly a year and a half ago, in June 2008, when it announced a supply deal with India's Natco Pharma, but it's only a month ago that US regulators accepted Mylan's and Natco's application to challenge the Copaxone patents and make and sell their own version.

Teva's lawsuit would, according to the report, restrict approval of Mylan's generic version of the drug for up to 30 months - April 2012 - or until a court ruling in favour of Mylan, whichever comes first. Copaxone is worth fighting for, being reputedly responsible for roughly 20% to 25% of Teva's net profit. According to the article:

"Teva's position is that Copaxone is a highly complex drug. Because of the difficulty in characterizing its molecular structure, Teva says it doubts that any company could prove beyond doubt that its version is identical to the original Copaxone. The slightest error in characterizing the chemical structure of the drug could affect its activity, says Teva, and compromise the patient's safety".

Email ThisBlogThis!Share to TwitterShare to FacebookShare to Pinterest
Etichette: Copaxone, protecting a US pharma patent