NPEs find a friend in the ITC 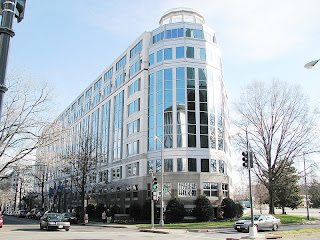 It seems to be the topic du jour: NPEs are on their way to becoming downright respectable. In April the United States International Trade Commission (ITC) delivered a boon to these once-scorned entities. The Commission's decision in Certain Coaxial Cable Connectors, Investigation No. 337-TA-650, stated that an NPE's patent enforcement litigation activity can establish a "domestic industry" in a product -- sufficient to prevent the importation of infringing items into the U.S.

To win an exclusion order, an ITC complainant must show that it has established, or is in the process of establishing, a domestic industry in relation to a disputed patent. Under the Tariff Act of 1930, 19 U.S.C. § 1337(a)(2) and (3), this may be accomplished by demonstrating a "substantial investment" in exploiting the patent in the United States, including related licensing activities. In Certain Coaxial Cable Connectors, complainant PPC sought to bar multiple respondents from marketing an item on which PPC owned the patent. PPC did not manufacture the product, own a plant or equipment, or employ workers. Instead the company argued that its legal bills that resulted from enforcing its patent constituted a significant investment in exploiting its patent. Therefore, PPC claimed, it had a domestic industry that deserved protection. The ITC agreed.

For its reasoning the ITC relied largely on the Tariff Act's plain meaning and legislative history. In 1988, the U.S. Congress deliberately added licensing as a qualification for domestic industry, specifically in order to overturn the ITC's previous Gremlins decision. From this the Commission concluded that Congress intended to encourage the practical application and propagation of patents and their protected products. Thus, any licensing-related activity that tends to bring a patented item to use or to the market may pass muster -- even if the activity is intended solely to earn revenue from the item.

The Commission did limit its decision. Patent enforcement litigation in itself may not constitute exploitation, because it does not necessarily involve licensing. But a patent enforcement lawsuit or other activity may qualify, if the documented activity is "related to licensing and pertain[s] to the patent at issue." Merely owning a patent won't meet the domestic industry requirement; a patent owner must actively take steps "leading to the exploitation of the intellectual property." And whether a complainant's investment is "substantial" must be determined according to the facts of each case. But it's notable how broad a reading the ITC gave for licensing activities, which may include, "among other things ... sending cease and desist letters ... conducting a patent infringement litigation, conducting settlement negotiations, and negotiating, drafting, and executing a license."

Unfortunately for NPEs, the ITC cannot order an award for damages. It can, however, issue an injunction barring an infringing product from importation into the United States. In this way an ITC order provides a patentee with a useful bargaining chip to potentially obtain a sizable settlement from an infringer. According to The Prior Art blog, this can matter quite a lot, since

"... only a tiny fraction of district court infringement cases go to trial, with the typical defendant paying an estimated average of $5 million per case. By contrast, 40 percent of ITC cases go to trial and the average defendant there can expect to rack up as much as $10 million in litigation costs over a much shorter period of time."