Amendment mid-stream: a question of timing 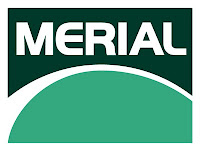 In Omnipharm Ltd v Merial, a dispute before the Patents Court for England and Wales (extempore, helpfully noted by the Lawtel subscription service), Mr Justice Norris ruled that a party seeking a declaration of invalidity of two patents was permitted to amend its claim to seek a declaration of non-infringement under the Patents Act 1977 s.71, on the basis that questions about its standing to secure such relief could be addressed later in the proceedings.

Omnipharm -- a company that specialised in evaluating pharmaceutical products and clearing obstacles to marketing them -- lodged a revocation claim against two of Merial's patents. One of these patents was a European patent, the other a United Kingdom patent: both were to do with formulations of fipronil used in veterinary applications.

In these proceedings Omnipharm applied to amend its amend its claim in order to include a declaration under the Patents Act 1977 s.71 that what it intended to do what not in any event infringe Merial's patents. Merial opposed the application to amend. According to Merial, Omnipharm had no reasonable prospect of success in getting such a declaration since it couldn't show that it had the requisite intention to carry out the allegedly non-infringing acts. In this assertion, Merial sought to rely on evidence showing that Omnipharm inter alia (i) had no website, (ii) had not filed accounts for more than three years and had insufficient assets, (iii) had a registered office care of a firm of accountants and (iv) had no traceable office. Said Merial, if Omnipharm's amendment was permitted the issue of its standing to obtain a declaration of non-infringement should be tried as a preliminary issue.

Norris J granted the application to amend. In his view, in order to show that it was a person intending to perform the allegedly non-infringing act, it was sufficient for a party to declare only that it should like to do the intended act if it could. This application was not however the occasion on which to consider the conflicting evidence concerning Omnipharm's standing and Omnipharm had sufficiently pleaded its case for the amendment to be allowed. He added that there had been no formal application for the trial of a preliminary issue, and it was too soon in the proceedings to consider ordering one; there would however be a window in the proceedings, after disclosure, in which to address the issue of Omnipharm's standing to seek declaratory relief.
Pubblicato da Jeremy a 2:55 pm

Email ThisBlogThis!Share to TwitterShare to FacebookShare to Pinterest
Etichette: Standing to seek declaration of non-infringement