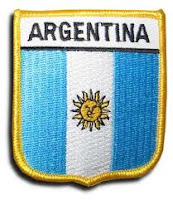 Following the adoption of the Agreement on Trade-Related Aspects of Intellectual Property Rights (TRIPS), patent legislation in Argentina was brought into compliance with the minimum TRIPS standards.   TRIPS Art. 50, which governs the enforcement of IP rights, requires that courts have the power to order prompt and effective provisional measures to prevent the infringement of any IP right. It was assumed until 2003 that the remedies available to patent owners in Argentina were already fully enforceable, and that consequently it was possible to use such remedies to prevent an alleged infringement during the prosecution of a substantive infringement action. However, in 2004 an amending statute, Law 25,859 (following an agreement between the Argentine and US governments and World Trade Organisation consultation) imposed new requirements on patent owners wishing to obtain preliminary injunctions. These additional requirements made it more complex and time-consuming for patentees to obtain temporary injunctions.

In Sanofi-Aventis v Sandoz SA, in 2009, Sanofi-Aventis sought a temporary injunction following the amended procedure.  The first instance judge appointed an expert who prepared a report on the likelihood of validity and infringement. The defendant was served notice of the temporary injunction request and the court-appointed expert report. The judge then issued the order, in a decision which was upheld by the Federal Civil and Commercial Court of Appeals for the Second Circuit.

The nature of the 2004 amendments, the details of this litigation and its confidence-boosting impact on patent-owners are described in helpful detail an an article from which this note is taken, "Landmark decision issued on pharmaceutical patent enforcement", by Federico Augusto Aulmann (Obligado & Cia), published on International Law Office here.
Pubblicato da Jeremy a 10:06 am