A less than overwhelming case for an injunction 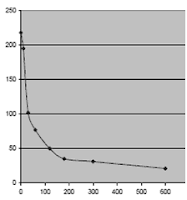 Last Friday, sitting in the Patents Court, England and Wales, Mr Justice Floyd gave judgment in Cephalon, Inc & others v Orchid Europe Ltd & another [2010] EWHC 2945 (Pat).  PatLit is delighted to publish this note on the decision by Paul Cole (Chartered Patent Attorney, Lucas & Co, Professor of IP Law, Bournemouth University and an editor of the CIPA Guide to the Patents Acts). Writes Paul:


"An instructive decision concerning an application for an interlocutory injunction was handed down on Friday 19 November by Floyd J in Cephalon v Orchard Europe and Generics.

The patent in issue was based on the proposition that the size of particles of the drug modafinil in a composition in which it is contained is important to the potency and safety profile of the drug, and in the claimed composition at least about (sic) 95% of the cumulative total of modafinil particles were to be of diameter less that about (sic) 200μm.

A first question was whether the allegedly infringing product had particles of the correct size. The experts for the parties were in disagreement as to the effects of the test methods used on the measured particle size, and Floyd J held that the evidence as it stood was very weak that just about cleared the threshold of arguability. A second question was validity, and there was an extremely pertinent earlier reference. Although as the evidence was incomplete and inconclusive Floyd J was not prepared to hold that there was no arguable case that the patent was valid.

An interesting issue of law then arose under the American Cyanamid ruling as to whether prospects of success should be taken into account when deciding whether to grant interim relief pending the full trial. Floyd J held that this was not a case on facts about which there was no credible dispute that the strength of the defendants’ case was disproportionate to that of the plaintiffs. Accordingly the debate turned to balance of convenience, which was held not to favour grant of an injunction, although a speedy trial was ordered.

Although there can be little doubt that the overall result was correct, a more robust approach to the technical facts is possible. A little arithmetic illustrates the point. It seems common ground that the patent would need amendment and that the patentee’s prospects of success could be assessed as at most 50% on the evidence as it stood. On infringement, as the evidence stood, their prospects of success could also be assessed as at most 50%. Since it was necessary to succeed on both issues, their overall prospects stood at not more than 25%. It is not clear that the ratio decidendi in American Cyanamid is that a complete blind eye should be turned to the underlying facts. If the plaintiff needs to win on more than seriously disputed issue and his case appears the weaker on two or more of those issues, it is hard to see how it would be appropriate to grant an injunction except in the most exceptional circumstances".

Pubblicato da Jeremy a 9:16 am

The view that the merits should not be considered made sense in the context of Cyanamid itself, where the merits were very difficult to assess, but it does not make sense in general. A sound principle was stated by Hoffmann J in Films Rover International Ltd v. Cannon Film Sales Ltd., [1986] 3 All E.R. 772:

“The principal dilemma about the grant of interlocutory injunctions, whether prohibitory or mandatory, is that there is by definition a risk that the court may make the ''wrong'' decision, in the sense of granting an injunction to a party who fails to establish his right at the trial (or would fail if there was a trial) or alternatively, in failing to grant an injunction to a party who succeeds (or would succeed) at trial. A fundamental principle is therefore that the court should take whichever course appears to carry the lower risk of injustice if it should turn out to have been ''wrong'' in the sense I have described. The guidelines for the grant of both kinds of interlocutory injunctions are derived from this principle.”

This principle requires the merits to be taken into account, but there is no net effect when, as in Cyanamid, neither side has a clear advantage. (See similarly American Hospital Supply Corp. v. Hospital Products Ltd. (1986), 780 F.2d 589 (7th Cir.) per Posner J., esp. at 598.) Films Rover was an application for a mandatory injunction, and the application of the “least risk of injustice” seems to be accepted in English law in that context (see See Zockoll Group Ltd v. Mercury Communications Ltd.., [1998] F.S.R. 354 (C.A.)), but as Hoffmann J expressly stated, there is no reason in principle why it should not apply more generally.

“I have always, myself, found the decision in Cyanamid, if generalised, to cause difficulties. Hoffmann J. once spoke of "the balance of the risk of injustice" to one party or the other. To ignore the balance of who was likely to win in assessing the balance of risk has always seemed to me to be a strange thing to do in principle. It is not a course which is followed in most jurisdictions around the world with which I am familiar; for instance, Germany, France, Holland and the United States.

Of course, if the case is one in which an assessment of the likelihood of prospects of success is, itself, going to be long, protracted and involved, then one is really saying that one cannot make a proper assessment of risk in that regard. Such was the case in American Cyanamid itself where the argument in the Court of Appeal alone took eight days. In principle, the Cyanamid rules make particular sense when one cannot reasonably assess the prospects of success of either side.”

Unfortunately, he did not take this any further: “There may come a time when the extension of the Cyanamid principle to cases where the court can make a reasonable assessment of the prospects of success should be re-examined by the House of Lords. That is not this case. I have come to the clear conclusion that I am quite unable to decide the relative strengths of the parties' contentions.”

See also Robin Jacob, "Intellectual Property" in Blom-Cooper, Dickson & Drewry, eds., The Judicial House of Lords, 1876-2009 (Oxford: Oxford University Press, 2009) at 719 explaining why "I have long thought that [Cyanamid] was wrong and harmful."