PCC 18: a digression around the Central London County Court

The PatLit PCC Series, kindly supplied by the Chartered Institute of Patent Attorneys (CIPA), seeks to explain how litigation works in the recently-revamped Patents County Court (PCC) for England and Wales.  In this episode, the 18th, CIPA President Alasdair Poore describes some of the physical and practical aspects of issuing proceedings in the PCC:


Readers will recollect that Cautious has issued proceedings against IPOff in the PCC; IPOff have served a defence, and Cautious are in the process of preparing a reply.  In the meantime, Cautious thought it was a smart move to issue proceedings against Cautious in the (ie the High Court) for alleged threats made by Cautious to one of IPOff’s allegedly potential customers.  While preparing the reply, Cautious’s patent attorney is musing about writing to IPOff’s solicitor to say that issuing proceedings in the was really not a very sensible idea and to explain the process for issuing proceedings in the PCC.  By the way, this is not necessary if the counterclaim is against the claimant (and only the claimant), as in this case (CPR 20.4, CPR 20.7).
He has helpfully included this summary written by one of his colleagues:
"In order to issue a PCC claim you need:-
(1) A cheque for the court fee (which varies greatly, depending on whether damages are being claimed (see www.hmcourts-service.gov.uk, at Civil and Family Court Fees). It should be payable to 'HM Courts Service' (HMCS). Modern means of payment (credit/debit cards etc.) are not accepted: remember, this is the government you are dealing with.
(2) Copies of the claim (the claim form, pleadings, annexes etc.). You need one for the court, one for your file and one for each defendant. It is a good idea to take a spare too. 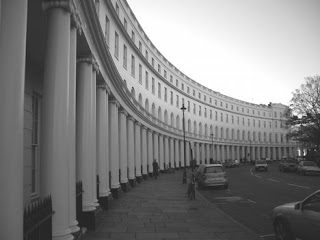 Although the PCC is on , in order to start a claim in the PCC it is necessary to go the the Central London Civil Justice Centre, Park Crescent, ( or ). Despite its name, this "centre" is in two buildings on opposite sides of the crescent. You need to go to No. 14. Until recently, it was necessary also to go to No. 26 to complete the process, but this has now changed. Unfortunately, not all of the staff at No. 14 know this, so you may be told to go to No. 26 at some point. Do not listen. You will be sent straight back.
After going into No 14 Park Crescent, you will need to go through a metal detector arch and will then be directed to the Public Counter on the first floor. Expect to have to wait in a queue for some time. When you get to the counter, your payment will be taken and you will be given a receipt. The copies of the claim form will then be stamped to confirm that the fee has been paid before being collected by a member of staff and taken elsewhere to be processed. You can then take a seat and wait (hopefully about 15 minutes).
All but one of the sets of papers will then be returned to you (unless you ask the court to serve the defendant's copies.  Entrusting HMCS with this task is generally thought unwise (see for example the problems in Media CAT v A. Defendant [2010] EWPCC 17, para 37, although more problems encountered those cases later on!. They will each now bear a stamped court "seal" and a case reference ('claim number'). You should also be given a Notice of Issue (i.e. a form confirming that proceedings have been issued and giving the claim number). You may also get a helpful note "Arrangements for the Patents County Court".
The next step is to serve the claim on the defendant(s) (CPR 7.5). You need to send each of them one of the sealed copies of the claim, together with a "response pack" (a bunch of forms obtainable at http://www.justice.gov.uk/civil/procrules_fin/menus/forms.htm). It makes sense also to enclose a copy of the "Arrangements" note. The rules on service are not covered here.
Having served the claim, you need to file a Certificate of Service at the PCC. Apparently it is also a good idea to send the PCC a copy of the claim, just in case".

Note that the Central London County Court offices are only open from 10am to 4pm. Turn up at 4.15 and you will have to turn up the following day. call after 4.15 and you will not be able to find out what the opening times are at all. You have been warned.

(There is of course the possibility of issuing proceedings on-line, but it does depend on the case involving only a money judgement which will not necessarily be much use for the average IP case.)