Who is defending the Spanish opposition to the drafted Unitary Patent?

In a comment posted yesterday in “Unitary Patent: the Spanish view”, Steve Peers was wondering “if the Spanish government's position might change if the opposition party wins the forthcoming elections - as seems highly likely”.

What we know is that up to date the Spanish opposition to the suggested Unitary Patent was jointly defended at the European Parliament by both PP (opposition party in Spain today) and PSOE (party still in the Spanish Government).

As we can read at the European Parliament web page (here), during the meeting of the extraordinary meeting of the Legal Affairs committee held on January 20, 2011, Mr Antonio López-Istúriz (PP) held:


"We must be cautious, serene and we must have a common sense and that is something that can be demanded as legal experts. In this regard a few years ago Ana Palacio proposed 5 languages, so and why are 3 put forward now? Why have 2 been cut out? That makes no sense!"

On February 16, Mr López-Istúriz made reference in his personal Blog to the position maintained at the EP (here) (in Spanish):


“The popular deputies are going to support [the Government] in this endeavor because it is in the collective interest of Spanish citizens and companies”. 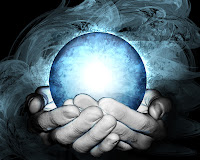 Will their position change when/if PP wins the forthcoming elections?


Unfortunately my crystal ball needs to be repaired and Spanish political parties have not yet disclosed their Programs. They may do it in the next days and I will report if any reference to the Unitary Patent is included.
Pubblicato da Antonio Selas a 8:28 pm