The PCC one year on: Judge Birss QC writes 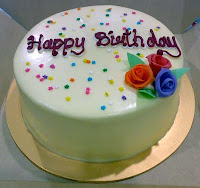 This weekend the new procedural rules in the Patents County Court (PCC), England and Wales, celebrated their first birthday. To celebrate the event, PatLit is pleased to host this brief assessment of life in the PCC by Judge Birss QC, who has presided over what has been a very busy and, by all accounts, most encouraging year:


"The new procedural rules in the Patents County Court (PCC) came into force in October 2010, implementing the recommendations of the High Court’s Intellectual Property Court Users Committee which had been endorsed by the Jackson Review. Much has happened since then:

• In April 2011 responsibility for issuing new claim forms in the PCC and receiving cases transferred into the PCC was transferred from Central London County Court (CLCC) to Chancery Chambers at the Royal Courts of Justice.

• In June 2011 a cap on damages was brought in for cases within the special jurisdiction. This cap formed an integral part of the recommendations for all cases in the PCC. The corresponding cap on damages for other IP cases is due to come into force on 1 October 2011.

• A list of the forthcoming trials in the PCC is now published (as part of the list of future trials in the Patents Court) and PCC judgments are available on the internet (where possible) on the Bailli website.


• Since 1 October 2010, when the new procedures came into force, 130 cases have been commenced in or transferred into the PCC. So far, the period between the case management conference and trial date has ranged from 11 to 33 weeks with an average of 21 weeks. The first trial to be heard in the PCC after 1 October was at the end of February 2011. Since then the court has heard 9 full trials varying in length from a trial heard in one day with judgment given that day to three day hearings generally in cases started under the previous procedural scheme. One case under the new procedure required three days to be heard. Looking forward into the autumn, there are 13 trials due to be heard before the end of 2011.

The PCC is presently in the midst of moving into the Rolls Building along with the Chancery Division (including the Patents Court), the Commercial Court and Mercantile Court, and the Technology and Construction Court. This change will itself lead to changes in the way the court is administered. Up to now although listing in the PCC has been under the overall supervision of Chancery Listing, the PCC has been administered in largely autonomous manner. In the Rolls Building the administration of the court will become more integrated into the administrative structure of the Chancery Division itself. Listing will not change.

A meeting of the Users Committee of the PCC will take place in October. Feedback on the operation of the Court is welcome. The contact details for the secretary of the Committee are set out in the Guide to the PCC. A particular topic which still needs to be dealt with is precedents for pleadings in the PCC".

The PCC really rocks! Where could I find that list of future PCC cases?

The pending cases are listed here:

(scroll to the end for the PCC cases)