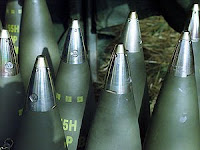 During the last months we have seen several movements that suggest several companies are very active obtaining new ammunition.

As we have previously reported (here), at the end of June Nortel announced that the wining bidder of its patent portfolio was a consortium consisting in Apple, EMC, Ericsson, Microsoft, Research In Motion and Sony. That Consortium bided US$4.5 billion, while Google bided US$ 900 million.

Google didn’t wait much to react and on July 28 Bill Slawsky informed that “on July 11th and 12th, Google recorded the assignment of 1,030 granted patents from IBM covering a range of topics, from the fabrication and architecture of memory and microprocessing chips, to other areas of computer architecture including servers and routers as well” (here). Only one day latter, Bill Slawsky published the list of 1,029 patents involved (here).

A couple weeks latter, on August 15, Google announced the acquisition of Motorola Mobility for $40.00 per share in cash, or total of about $12.5 billion (here). This was announced a few weeks after the largest individual Shareholder of Motorola Mobility, Billionair Carl C. Icahn (11%) suggested Motorola to monetize its patent portfolio (here). As Spencer Ante (WSJ) explained, Mr Icahn considered that the value of Motorola’s patents would be around US$ 4.5 billion (video here). Casually or not, the same figure that the mentioned Consortium paid for Notel’s patents.

What was Google buying in August? Of course Google was obtaining ammunition to attack (Motorola's patents), but not only. We should also bear in mind that on October 6, 2010 Motorola Inc. “announced that its subsidiary, Motorola Mobility, Inc., has filed a complaint with the U.S. International Trade Commission (ITC) alleging that Apple’s iPhone, iPad, iTouch and certain Mac computers infringe Motorola patents. Motorola Mobility also filed patent infringement complaints against Apple (NASDAQ: AAPL) in the Northern District of Illinois and the Southern District of Florida” (here).

With this ammunition gathering, we could expect Google to sue Apple. Before jumping to the battle field, it has helped one of its close friends, providing HTC with new ammunition to use in the battle it is facing with Apple (here).

Should Apple fear? Maybe not much, since yesterday it obtained a nuclear weapon: The USPTO granted patent no. 8,046,721 for “a method of unlocking a hand-held electronic device”. As James Kendrick reports, "every Android device now infringes Apple patent".

When will they face the final battle in this war? (if ever)

By the way, I first posted in PatLit on October 25, 2010 (one year already!). I want to celebrate with all of you. Feel free to take a slice from this pie and drink some Cava with me. Cheers! 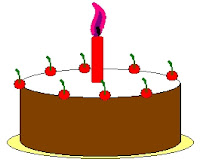 It must be noted that related "slide-to-unlock" patents, with slightly different claims, had already been granted to Apple, both in the US (EP 1 964 022 B1) already some time ago.

The European patent has even already been invoked in litigation in the Netherlands, but apparently did not impress the judge much. The question remains of why Samsung, Google or any other interested party did not think of filing an opposition at the EPO when the patent was granted...However, EP 1 964 022 spawned two divisional applications that are still pending, so the Boards of Appeal of the EPO may still have an opportunity to comment on the case.