Samsung, Apple back in court for a bit of tidying-up 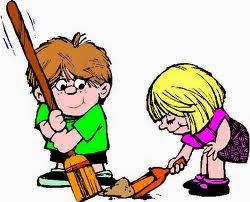 It's not often that a Court of Appeal, England and Wales ruling is so short that it can fit neatly into a blog post. However, yesterday that court delivered a mini-judgment (really a judgment on the form of an order) in Samsung Electronics Co Ltd v Apple Retail UK Ltd & Another [2014] EWCA Civ 376.  As the judgment, delivered on behalf of the court by Lord Justice Kitchin, indicates, this is very much a matter of tidying up some unfinished business:

This is the judgment of the Court. On 11 March 2014 we gave judgment providing our reasons for allowing an application by Samsung for an adjournment of this appeal and dismissing an application by Apple for an order requiring Samsung in substance to elect between this appeal and its central amendment applications [this decision is reported in a guest PatLit post by Paul England, Taylor Wessing, here]. We invited the parties to agree a form of order reflecting our judgment. Regrettably [but not surprisingly, given the history of ill-feeling and lack of mutual respect and magnanimity that has pervaded the parties' relationship in recent times] that is not something they have been able to do. There are four [five?] issues in dispute and we will address them in turn.

We do not believe it is appropriate to split the appeal in the way that Samsung suggests, at least at this stage. Samsung chose to sue Apple for infringement of the 726 and 404 patents in a single action and the judge made one final order in relation to it. The appeal against that order was originally fixed to be heard on 4 or 5 March 2014 with a time estimate of three days. Samsung then asked for an adjournment of the appeal as a whole and it did so for a relatively short period, indicating in submissions that its central amendment applications were likely to be determined by June 2014, if not before, that is to say about three months from the date fixed for the hearing of the appeal. Moreover, as Apple says in response, there are some common issues, including the general question how an appeal should proceed in the light of a central amendment application made after trial. It has therefore chosen to use a single legal team on the appeal. In all these circumstances we are satisfied that it is still appropriate that there should be a single appeal hearing in relation to both patents. Should circumstances change and that not prove practicable, the parties have liberty to apply [Samsung 0 Apple 1].

Costs of the applications

We consider there is some merit in each of these arguments. Samsung has successfully secured the adjournment it sought and Apple has failed in its application to require Samsung to abandon its central amendment applications or have its appeal struck out. Nevertheless, we also believe that Apple is right in submitting that Samsung has sought and been granted an indulgence. It sought an adjournment of the appeal at a late stage and having failed to apply for the amendments now in issue either before the trial or even promptly after the trial. Moreover, Apple has, in our judgment, acted entirely properly in resisting Samsung's application and in bringing what was, in substance, a responsive cross-application. In all these circumstances we have come to the conclusion that a just result would be achieved by making no order in relation to the costs of either application [still Samsung 0 Apple 1, then].

Apple submits with considerable force that it should have the costs of and occasioned and thrown away by the adjournment and that we should make an order for their payment now. However, we consider that it is difficult at this stage to determine what these costs comprise and consequently what effect such an order would have. In these circumstances we have come to the conclusion that these costs should be reserved to the appeal so that this court can consider them at that stage in the light of all the circumstances then pertaining. This will mean that the position of both parties is preserved and neither will suffer any prejudice in the meantime [that looks like Samsung's equaliser, more or less ...].

Apple seeks permission to appeal to the Supreme Court on the basis that the matters we have decided raise a significant point of general public importance. We disagree. We have concluded that the filing and pursuit by Samsung of its central amendment applications does not in and of itself constitute an abuse of process. As for Apple's application, this fell to be dismissed because we were satisfied that it could not be said at this stage that pursuit by Samsung of these applications necessarily meant that the appeal itself constituted an abuse of process either. But, as we have endeavoured to make clear, this is entirely without prejudice to Apple's right to advance such submissions and make such applications as it may consider appropriate once the outcome and implications of the central amendment applications are known [Samsung 2 Apple 1].

Apple seeks a stay of all further steps in these proceedings until after the final determination of an application which it has indicated it proposes to make to the Supreme Court for permission to appeal and, if permission to appeal is granted, until determination of the appeal itself. We do not believe it is appropriate to grant such a stay. The form of the patents is not yet settled and we have made no final determination as to whether or not the pursuit by Samsung of this appeal would constitute an abuse of process [Samsung 3 Apple 1].

In light of this ruling we invite the parties to agree [!] a draft order and to submit it to this court for approval.