A few days ago, the Australian Minister of Industry, Hon. Ian Macfarlane, suggested (here) that public investment in higher education research should be linked to the number of patents granted to each University. The Minister said: ‘[w]e might think about realigning block grants to commercial outcomes, and awarding them to universities not on the basis of how many papers they’ve had published, but actually on how many patents they’ve had registered’. He declared that a similar change ‘is not rocket science’, and would simply align Australia’s approach to that of several other countries. 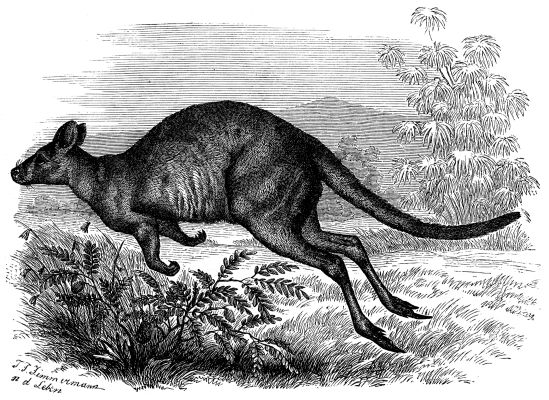 An interesting piece by Kim Carr (shadow minister for higher education, research, innovation and industry), published on the Guardian on 8 August, observed that ‘[s]cience research grants awarded on the basis of patents is patently wrong’. Carr noted that the objective of research is not commercialization, but the pursuit of new knowledge, free of any predetermined instrumentalism. Such curiosity-driven process, he added, does not align well with patent law: ‘excellent research doesn’t necessarily end in a patent, and where it does, genuinely useful patents can take years – often decades – to be realised’. The article also mentioned other issues, including those related to cost, attribution, and opportunity (e.g. companies in fast-evolving technological sectors may choose to rely on other industrial and commercial strategies to gain a temporary competitive advantage, in the brief period of time between invention and technological obsolescence). Carr concluded that, if the Australian government is interested in fostering the national economy and creating jobs, it should focus on ‘providing incentives for researchers and their partners who are trying to commercialise inventions’, expanding the R&D Tax Incentive scheme, and creating an environment where research and commercialization can easily interact.

Aside from the arguments analysed by Carr, the proposal of the Australian Minister raises several other tangential issues. First of all, it is readily apparent that criteria linked to the number of patents granted would not apply across the whole field of academic research, thus causing potential disparities in the allocation of public financing in different research sectors. Even restricting the applicability of the patenting criteria to scientific research susceptible of commercialization (and I suspect that it would be difficult to agree on an appropriate definition and limitation, considering how the density of patentable innovation changes, sometimes even dramatically, in different scientific areas), the grant of a patent would not attest to the overall significance and scientific quality of the underlying research (nor would allow its evaluation from a cost/benefit perspective). As the assessment of novelty and inventiveness for patents has a mere lower threshold, which excludes the tailoring of the reward to different levels of such constitutive elements, scientific research would be subject to the same system, and to its well-known traps. Thus, rather than incentivizing high quality research, the Australian proposal could potentially deter similar efforts, promoting low quality research, which would achieve the best prospect of attracting public spending with the lowest initial investment. The alternative would again force the government, upon implementation of the new system, to look into methods of creating a hierarchy of the commercializable research outcomes, perpetuating the issue that it intended to resolve.

Another significant issue concerns the temporal mechanics of the system. Paradoxically, in light of the considerable amount of time that elapses between the filing of a patent application and the granting of a patent, the proposed change would provide a time-delayed reward that could prevent any researcher whose work has not yet produced commercializable results (e.g. young scholars, theoretical scientists, etc.) from having access to the financial means necessary to carry out the kind of research that Macfarlane wishes to encourage. In other words, the allocation of financial resources would not be tailored to the research potential of a researcher, nor to the results of its most recent work. Long-term research projects would be similarly penalized, as would be collective research efforts, or ambitious research projects whose outcome may generate just a few patents, albeit of greater significance.

A third range of questions is raised by the unique structure and fabric of the scientific research carried out by publicly funded bodies, which cannot be reduced to a mono-dimensional, commercially or industrially-driven venture. While a private company necessarily evaluates its research objectives in terms of potential returns in a short to medium term (with the exception of larger companies which may risk significant investments in a long term perspective), one of the essential roles of Universities and other bodies financed by public spending is to engage in an all around research that first ventures into unexplored territories, pursuing theoretical hypothesis or abstract ideas, and later spreads into a number of more selective, concrete ramifications that finally lead to the attainment of practical, commercializable results. It is generally only the terminal path of this multidimensional research that leads to the filing of patent applications, as the prior steps do not usually provide researchers with all the elements needed to fulfill the statutory requirements for patenting. Discouraging the pursuit of long-term, exploratory, visionary research would probably reduce the need for public spending, but would also greatly contribute to the decline of scientific research and innovation. The trade off may not be worth it.

There are several other aspects that would deserve a more in-depth discussion (e.g. peer-review or patent examination, linking public investments to the number of patent applications filed, the role of patent lawyers in the process, the effects of rejection, etc.) - you are welcome to join the debate and share your point of view, ideas or comments!
Pubblicato da Stefano Barazza a 6:05 pm

Patents are not a good marker for commercial success as shown by the huge numbers of university tech transfer offices which are not even breaking even. And of course people are going to 'game' the system getting patents for the purpose of getting funding. Everything you write about nature of research etc, I think is correct. However I also think that we do need more consideration given by more scientists to filing patent applications. A small change in mindset is required to allow the commercial potential of every finding to be evaluated.