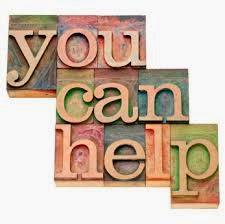 Dr Luke McDonagh (Lecturer in Law, Cardiff University) has been doing some valuable research into attitudes which patent owners are starting to develop with regard to the European Union's forthcoming Unified Patent Court (UPC) and Unitary Patent (UP) systems. However, his topic of investigation is by no means exhausted -- and you can help him.  Luke explains as follows:

Readers of this weblog may be aware that on 10 July the UK Intellectual Property Office published a report, researched and authored by me,  entitled 'Exploring Perspectives of the Unified Patent Court and Unitary Patent Within the Business and Legal Communities'. The report is accessible here and there's an audio recording of the launch event, kindly hosted by CIPA (the Chartered Institute of Patent Attorneys), here.

The report discusses the views of 28 interviewees -- consisting of representatives from patentee companies, solicitors and patent attorneys -- concerning a range of issues concerning the new UPC/UP system, including the procedural and cost rules for the new court, and the all-important fees issues for the UP.

One particularly interesting issue that came up in the conversations I had with interviewees concerns the all important opt-in/opt-out question. It was noted that while businesses are concerned about the risks of opting-in their entire portfolios -- with the possibility of revocation across all UPC member states a clear worry in their minds -- virtually all businesses are considering opting-in at least some patents in order to test the new system and to avail themselves of centralised enforcement. In this respect, some patentees are considering opting-out their most valuable patents (to avoid the central revocation possibility), while others are focused on identifying and opting-in their 'strongest' patents (to take advantage of centralised enforcement). Few, however, seem willing at this stage to opt-in everything. For this reason, it is likely that for the early part of the UPC's life there will be a two-tier patent system, with cases involving UPs and opted-in European patents (EPs) heard at the UPC, and cases involving opted-out EPs heard in the national courts in line with the current fragmented system. The following question, therefore, arises: how will patents be perceived within this two-tier system?

From the interview data I collected, it's clear that a small number of interviewees fear that an opted-out patent will be perceived as weak, and thus open to attack by competitors via the national route. By contrast, will an opted-in patent be automatically perceived as being strong i.e. of high quality, and thus less vulnerable?

It is not possible at this stage to answer these questions; yet, the fact that these concerns exist aptly illustrates that the coming into force of the UPC is likely to have (unintended) consequences that are difficult for businesses to predict -- or plan for -- at this stage. If any readers of this weblog have any insights to add on this issue, feel free to post comments to this blog, or alternatively to email me at mcdonaghl@cf.ac.uk.

Do please help Luke if you can!
Pubblicato da Jeremy a 1:40 pm