Reform of Boards of Appeal - Advance to Go 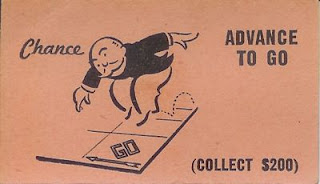 Back from his the holiday break, this blogger was eager to learn about the fate of the proposal for the reform of the technical Boards of Appeal presented at the pre-Christmas meeting of the EPO's administrative council which had been held on 16 and 17 December 2015 in Munich. The proposal had been outlined in the document CA/16/15 and had been the subject of a user consultation, the results of which (as interpreted by president Batistelli) had been published here. Quite a few rumors had been spread in advance and the communiqué has now been published on the EPO website.

As for the Reform of the Boards of Appeal, the communiqué contains the following statement (emphasis added):


The Council then had an exchange of views on the envisaged structural reform of the EPO Boards of Appeal. It mandated its Board 28 to elaborate guidelines to serve as a basis to the President for the drafting of concrete proposals to be submitted for decision to the Council possibly at its March 2016 meeting.

In my understanding this means that the proposal CA/16/15 has been rejected entirely rather than being remitted for entering modifications. Further, it is remarkable that the AC considers it to be necessary to elaborate guidelines to serve as a basis to the President for the drafting of concrete proposals rather than relying in the president's capacity to draft proposals alone.
Pubblicato da Michael Thesen a 3:02 pm

Michael how about we liken the AC to a government with a prison system. Then the EPO President is a commercial firm (BB Inc.) tasked by the AC with taking over responsibility for the prisons, writing the Prison Rules and running the system?

BB Inc. will go all out to make a profit. The more repeat offenders the better.

When the government complains, BB shrugs and says "Well, if only you had set all that out in the Brief, I would have taken it into account, and provided a bigger budget for rehabilitation, re-socialisation and re-training for the inmates. But you didn't specify that so I didn't do it. What's the matter with you lot? You want me to make a profit don't you?"

Is this why Board 28 is now going to write BB a Brief?