Expensive litigation in England and Wales: the latest initiative -- and how it affects patents 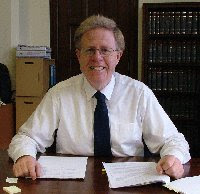 The Times Online yesterday published a short article by legal editor Frances Gibb on the Jackson Report on the cost of civil litigation in England and Wales. According to the article,

"Going to law has become so expensive that ordinary people or small companies who lose a case face financial ruin ...

Lawyers on huge success fees and claims companies that receive a share of awards are blamed for a surge in the cost of making a claim through the courts.

... The first in-depth inquiry into the costs of civil justice in a decade presents a damning picture of a system plagued by soaring costs that are out of all proportion to the damages people recoup.

The report by Lord Justice Jackson, the Court of Appeal judge, ... calls on ministers to reconsider their policy of charging increasingly high fees to people bringing claims so as to make the civil courts pay for themselves. It says: “We have arguably reached the position in this jurisdiction where the level of costs is so high that facing a full adverse costs order is likely to be a disaster for most ordinary citizens.”

... The 650-page report highlights the huge “success” fees charged by lawyers under no win, no fee deals as one factor in fuelling the costs explosion.

... Lord Justice Jackson also challenges the government’s policy of making the courts self-financing. His report says that court fees now account for about 80 per cent of the £650 million a year cost of running the civil and family courts in England and Wales. Such fees have risen “substantially” above the rate of inflation, ...

... The report notes that as well as “massive costs” now run up in some cases, there has been an “explosion” of litigation over these costs, a “costs war”, adding a further layer of costs.

The report, on which comments are invited by July 31, floats a series of possible reforms, including: fixed costs for many more cases than now, a benchmark or tariff of costs; contingency fees or a “contingency legal aid fund” paid for through a slice of each winning claimaint’s damages; and an overhaul of no win, no fee cases involving capping the “success” fees charged by lawyers.

... The 200-year old “loser pays” principle is aimed at deterring unmeritorious claimaints. But it does not apply to all disputes, the report notes: for instance in tribunals each side bears its own costs. The judge rules out complete abolition of the rule as not “realistic” but suggests that it could be scrapped or partially scrapped in some areas. Winning claimaints should recover their costs; but winning defendants might not always recover all of theirs.

... Graham Huntley, partner in Lovells and past President of the London Solicitors Litigation Association, said: "Helpfully, and correctly, in my view, the report accepts the principle that there is no 'one size fits all' approach to costs, and that in higher value and complex litigation the topic cannot sensibly be addressed without looking at the procedural code and practice out of which flows the costs."

Liam O’Connell, partner with CMS Cameron McKenna, predicted the report would lead to curbs on no-win, no-fee deals. The report had also put insurance which claimaints take out to protect against costs “in the firing line”.

That is a general picture, which makes no specific reference to intellectual property litigation in general or patent litigation in particular. Lord Justice Jackson does however give some thought to this sector. In particular,

* he sets out the common problems associated with patent litigation (high costs, complexity, uncertainty) identified by various sources, including the Gowers Review and the Department of Constitutional Affairs Consultation Paper of April 2007;

* he discusses recent proposals by Mr Justice Arnold that (i) the Patents County Court (PCC) should be reconstituted as a low-cost forum, distinguished from the Patents Court by having an upper financial limit; (ii) the PCC's procedures should be based primarily on written arguments; (iii) disclosure, experiments, written evidence and cross examination should only be allowed upon application and where a cost-benefit test is satisfied; (iv) there should be a system of scale costs. According to Arnold J the prospect of a party paying the other side's costs if it loses is of greater concern to SMEs than the prospect of recovering only limited costs if they win, and he puts forward compelling evidence to support this.

* he notes that the Chartered Institute of Patent Attorneys has proposed a scheme along the same lines as Arnold J's proposals, but involving the creation of a special "small claims track" for patent litigation.

* he states that he sees considerable force in these proposals and that provisionally his preference is to follow such a course.

* he notes that the IP Court Users' Committee has set up a working group to draft proposals and recommendations in respect of the PCC and is proceeding down a similar route. He would therefore like to take its proposals and recommendations into account in his final report, calling for it to provide a fully worked-out scheme including the draft of any Bill that as necessary.

As to cost-capping, Jackson LJ sets out in detail the various authorities on cost-capping and the views of practitioners: these range from the opinion that there should be universal cost-capping to the view that costs should never be capped. His own analysis is as follows:

*cost-capping cannot be used in isolation to control costs;

* it may be used in the context of a wider exercise of costs management where appropriate;

* otherwise, it should be reserved for exceptional circumstances.

So what happens next? Phase 2 of the Costs Review is a consultation period which ends on 31 July 2009. Jackson LJ will then draft a final report by the end of the year, containing proposals for reform.

Thanks to Mo Efeyini for doing all the digging for this post.
Pubblicato da Jeremy a 2:26 pm