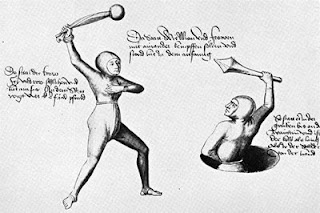 On 14 September there's going to be a really big International Patent Litigation conference in London, at the Millennium Knightsbridge Hotel, Kensington. The number of star performers is embarrassingly large. Presumably they will be severely rationed in the number of words they're allowed -- but they'll be fair game during the coffee break and lunch sessions. The panel of speakers includes

The cost of this event is not insubstantial -- particularly if you plan to combine it with a day's worth of post-conference workshops -- which is why PatLit is particularly pleased to tell its readers that there's a 10% reduction on the registration fee for any PatLit reader who registers using this form. This discount is in addition to the early bird savings discount, which -- if you book by 12 June -- can be worth up to £400.
See you there?
Pubblicato da Jeremy a 10:16 pm