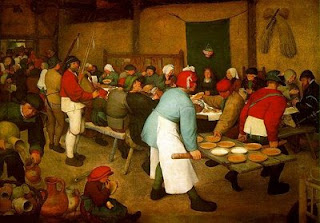 Lost property: the European patent system and why it doesn’t work is the title of an 81-page report by Bruno van Pottsleberghe on behalf of Bruegel, "a Brussels-based think tank contributing to the quality of economic policy making in Europe". Unlike some commentators, the author has had some genuine experience of the system and its impact on innovation: a former Chief Economist of the European Patent Office from November 2005 to the end of 2007, he holds the Solvay S.A. Chair of Innovation and teaches courses related to the economics and management of innovation and intellectual property.

Professor van Pottsleberghe clearly doesn't like the global patent warming phenomenon, which he describes as a "mass spamming" by patent applicants. His report -- which is well worth reading since it pulls no punches, whether above the belt or below -- is inevitably far more focused on the administration and governance side of things than on what happens to patents once, freed from the red tape of application, grant and opposition, they are actually exploited. However, he does have this to say about patent litigation:

"The Community patent and a centralised litigation system

The Community patent and a unified and integrated European patent litigation system are key ingredients for ensuring that the EU single market works properly. The failure to implement them means missed opportunities. It is paradoxical to have a patent office – the EPO – that covers the largest market in the world, and which ensures high-quality examination services, but has not contributed to the development of the largest market for technology due to prohibitive cumulated enforcement costs and a high level of legal uncertainty. If European governments wish to foster innovation and create a suitable environment for fast-growing technology-based firms, the Community patent project should become a prime objective. A centralised patent litigation system would reduce the prohibitive costs caused by parallel litigation and ease the uncertainty generated by differing litigation outcomes (22).

(22) Local chambers for infringement and counterfeiting issues should be created, which would then lead to a central chamber for patent validity issues (and then back to the local chamber for infringement and counterfeiting) that could be used by third countries as well. The system should ensure that at least one member of the local chamber would be part of the centralised process, in order to keep a degree of coherence in the assessment. This is required because during the invalidity proceedings patent holders try to reduce the interpretation of the claims (ie limit the breadth of protection associated with the patent), whereas during infringement proceedings patent holders logically try to broaden the interpretation of the claims".