When experts change their minds 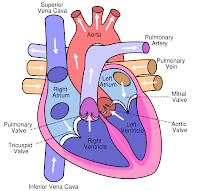 In Edwards Lifesciences AG v Cook biotech Inc [2009] EWHC 1304 (Pat), a decision last Friday by Mr Justice Kitchin of the Patents Court, England and Wales (noted by the IPKat here), a question was raised regarding the credibility of an expert witness. In particular, does the fact that an expert changes his opinion undermine his value as an expert? No, according to the judge, who explained as follows:

"9. Professor Rothman is a consultant cardiologist and the Director of Cardiac Research & Development at Barts and the London NHS Trust and Honorary Professor of Interventional Cardiology at Queen Mary, University of London. Interventional cardiology has been the focus of Professor Rothman's entire career and he is recognised as one of its pioneers. He has worked with cardiovascular stents since the early 1980s and over the years has advised many different companies operating in the pharmaceutical and medical device sectors in relation to a wide range of devices used in conjunction with interventional cardiology.

10. Edwards accepts that Professor Rothman is a skilled and expert cardiologist but contends his evidence was partisan, as illustrated by a marked shift in his opinions from those he held in an earlier case between Edwards and a company called CoreValve. I think it fair to say the opinions expressed by Professor Rothman in his reports in the two cases are indeed different in material respects and this formed the basis of a good deal of his cross examination. However, as Cook submits, opinions may change in the course of a case, particularly after cross examination, and I accept that in formulating his reports in this case Professor Rothman may have given further consideration to the abilities of the ordinary skilled person. Importantly, I believe Professor Rothman answered the questions put to him fairly and frankly and I found his opinions cogent and reasonable".