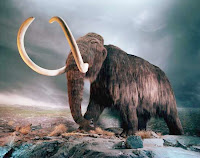 At the meeting of the Organisation for Economic Cooperation and Development (OECD) earlier this month, there was a Roundtable on Competition, Patents and Innovation. The British delegation prepared a paper which touched on, among other things, patent litigation. The paper said:

"16. There have been growing concerns about increased pendency periods for patent applications. The EPO has itself mooted the existence of a phenomenon called “global patent warming”. This problem, according to the EPO, has three elements: “woolly boundaries” for patents, globalisation and increasing pendency periods owing to examination backlogs in patent offices. Can patent strategies that exploit this phenomenon, such as loading patent offices with multitudes of patent applications (often called “patent application loading”), have an adverse impact on consumer welfare? It is a feature of patent law that most patents are never worked and that many patents are never renewed. Many patented inventions have no commercial value, and by implication it is difficult to see how strategic use of the patent application process may in many situations have adverse welfare effects. Furthermore, many firms active in patent-rich markets may well be able to assess the viability of their competitors’ patents and, by extension, their patent applications. Lord Justice Jacob, an English patents judge, has said that what he calls patents with “woolly lines” are the ones that cause the trouble and lead to litigation. Moreover, patent infringement proceedings can only commence once the patent has been granted (though admittedly the infringement suit can extend of course to infringing acts done prior to grant) – as such, even marking items with “patent pending” does not necessarily mean that a competitor will not work the invention or “work around” it.

17. All that said, it may well be that, in some cases, pending patent applications will deter potential competitors from working the invention(s) to which the application(s) relates for fear of an eventual lawsuit, especially if the patent applicant is better resourced than the would-be competitor - who may be unable to risk eventual costly patent litigation even if, at the end of the day, the patent is declared invalid. In such a case, it is obvious that the public may be deprived of the benefits of competition with respect to the invention which is of dubious novelty, inventiveness or other aspect of patentability. Patent application loading may also have welfare implications by raising rivals’ costs, either by increasing the need for firms to conduct more extensive patent searches, assessing a greater number of their competitor’s patent applications, or unnecessarily incurring research and development costs in order to “work around” the inventions to which the applications relate. “Patent flooding” may similarly be problematic when engaged in by a firm that already has a myriad of patents in respect of competing technology: forcing cross-licensing may allow it to leverage its strength and raise prices across the board for the technology while potentially deterring innovation, particularly if the cross-licences include exclusivity provisions. Moreover, where “evergreening” at the end of the patent lifecycle occurs through myriads of applications for perhaps dubious improvement patents, then this may have the clear effect of excluding others from being able to work the technology in question in the most commercially attractive way and from delivering the benefits of competition".

Email ThisBlogThis!Share to TwitterShare to FacebookShare to Pinterest
Etichette: OECD