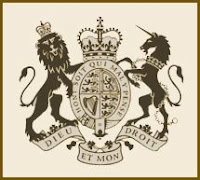 Hot off the press today are the proposals published by the Working Group of the Intellectual Property Court Users' Committee for reform of the Patents County Court, England and Wales. The document is some 24 pages in length. It lists the Group's members, provides both background and executive summary, details the proposals and the legislation that would be required in order to implement them and also bravely addresses some potential difficulties.

The Group is made up of the Patents Court's three most patent-oriented members -- Mr Justice Kitchin, Mr Justice Floyd and Mr Justice Arnold -- together with the Patents County Court's Judge Fysh QC and representatives of both the professions and their clients: Richard Miller QC (for the IP Bar Association), Alan Johnson (secretary to the Patents County Court Users’ Committee), Philip Westmacott (secretary to the Intellectual Property Court Users’ Committee), Alasdair Poore (for the Chartered Institute of Patent Attorneys), Philip Harris (for the Institute of Trade Mark Attorneys) and Tony Rollins (for the IP Federation).

The executive summary helpfully focuses on the essence of the Group's proposals:

"The Patents County Court (“PCC”) was created by Parliament to serve the interests of small- and medium-sized enterprises (“SMEs”) by providing an affordable forum for intellectual property litigation. The PCC has not succeeded in providing this, however. There are two main reasons for this.

The first is the fear of having to meet a substantial, and unpredictable, adverse costs award if unsuccessful. The second is that the procedure of the PCC is itself costly, because it is identical to that of the High Court. Changes both to the costs regime and to the procedure of the PCC are therefore needed. As regards costs, we propose that the regime be altered so as to restrict costs recovery to a scale basis except where the conduct of a party has been unreasonable.

On procedure, we propose that procedural rules should be made specifically for the PCC which are tailor-made to enable affordable litigation of intellectual property disputes by SMEs.

The main procedural changes would be:
 to require parties primarily to present their cases by sequential written
arguments;
 to impose robust case management;
 to permit or require disclosure, experiments, factual evidence, expert evidence and cross-examination only where a cost-benefit test is satisfied;
 to limit trials to one or at most two days.
We also propose that the PCC should be clearly differentiated from the High Court".

Time is of the essence. In order for comments to be carefully considered and then passed on to Lord Jackson by 31 July 2009, the Group asks that you let Philip Westmacott have your comments by not later than 3 July 2009 (you can email Philip here).

You can read the proposals in full here.
Pubblicato da Jeremy a 2:23 pm