Half a million PCC damages cap likely from 14 June 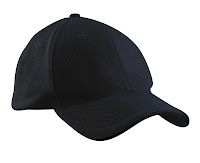 The PatLit weblog has learned today that the United Kingdom's Intellectual Property Office (IPO) has published the Government Response to its consultation on limiting the value of claims heard in the Patents County Court (PCC). The post-consultation Final Impact Assessment has also been published here. According to a media release from the IPO


"The Government consulted on the appropriate limit in relation to claims heard in the PCC and indicated that the limit identified through the consultation process would be implemented in two stages: firstly in relation to disputes within the court's 'special jurisdiction' i.e. patents and designs, and then shortly afterwards in relation to copyright and trade marks issues; its ordinary jurisdiction.

The outcome of the consultation was that over 75% of responses supported the Intellectual Property Court Users Committee (IPCUC) proposal that £500,000 was the appropriate limit on the value of claims heard in the PCC [75% looks good but this author would have expected a higher figure, given what seemed to him to be a near-absolute consensus at the time of the IPCUC proposal]. There was also support for considering the level again as part of a post-implementation review.

Therefore, as required by the Copyright, Designs and Patents Act 1988, section 288(5), the Government has laid an Order in Privy Council in relation to the court's 'special jurisdiction' before both Houses of Parliament on 16 February 2011. It is anticipated that this order will commence on 14 June 2011. A further order relating to the court's ordinary jurisdiction is expected to be laid on the Common Commencement Date October 2011.

the draft SI can now be seen here: