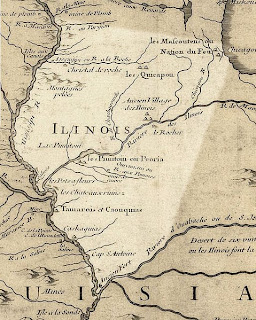 On September 27, only a few months after Judge Robart's (W.D. Wash.) landmark judgment in Microsoft v Motorola, Judge Holderman (N.D. Ill.) provided the second judicial determination of F/RAND royalty rates, in a case concerning several patents owned by Innovation IP Ventures LLC and essential to the 802.11 standard (Wi-Fi). The patent owner had originally filed lawsuit against numerous commercial activities (coffee shops, hotels, restaurants,...), which offered wireless internet access to their customers or used it internally. Several manufacturers of electronic devices used for managing Wi-Fi networks, including Cisco, Motorola, NetGear and Hewlett-Packard, filed declaratory judgment actions against the patent owner, seeking a declaration of non-infringement and invalidity of Innovatio's patents, which, in turn, claimed that the devices manufactured by the plaintiffs infringed its SEPs. The court and the parties, which waived their right to a jury determination of damages, agreed to assess potential damages before determining the issues of validity and infringement.

The ruling first reviewed the method employed by Judge Robart to calculate F/RAND royalties, which revolved around the simulation of a hypothetical negotiation between the SEP owner and a potential licensee, at the time the infringement began. The negotiation was re-constructed under the framework of a modified version of the Georgia-Pacific factors, which took into account the peculiarities of the F/RAND context. The court described the methodology used in Microsoft v Motorola as a three-step process, as the judge is expected to evaluate (i) the importance of the patent portfolio to the standard (both in terms of numeric proportion, and technical contribution), (ii) the importance of the patent portfolio as a whole to the alleged infringer's products, and (iii) other licensing agreements concluded for comparable patents, to determine an appropriate F/RAND rate.

Judge Holderman endorsed this approach, but introduced minor modifications in light of the distinct circumstances of the two cases. First, the court decided to determine a single F/RAND rate for calculating damages, whereas, in Microsoft v Motorola, Judge Robart had identified a reasonable F/RAND range, to serve as a basis for the jury's evaluation of Motorola's conduct during negotiations. Second, the court chose not to adjust the F/RAND rate in light of pre-litigation uncertainty about the essentiality of a given patent, since it had already determined, in a separate proceeding, that all asserted patents were standard-essential. The ruling explained this choice in detail:

Before proceeding with the royalty calculation, Judge Holderman examined some of the issues that commonly surround the determination of F/RAND royalties in the standard-setting context:

The court took the date of adoption of the 802.11 standard (1997) as the date of the negotiation for all the patents (including those issued after that date). It also identified the Wi-fi chip as the appropriate royalty base, following the Federal Circuit's teachings in LaserDynamics Inc. v Quanta Computer Inc. ('it is generally required that royalties be based not on the entire product, but instead on the smallest salable patent-practicing unit'), and clarified that, in this case, the evaluation of the importance of the patent portfolio to the standard, and to the alleged infringers' products, effectively coincided.

The ruling held that Innovatio had not provided sufficient proof to support its alternative thesis, which suggested the use, as base for royalty determination, of the final selling price of the end-products, discounted by a 'feature factor' (the value of the end products attributable to the functionalities brought by the implemented standard - accordingly, Innovatio argued that Wi-Fi accounts for 10% of the value of a laptop, but 95% of that of an access point). Similarly, the court rejected Innovatio's arguments pointing to the use of a 6% licensing rate, to be applied on the final selling price of the end-products, adjusted to take into account the 'feature factor'. The patent owner asserted that the licensing rate was determined in light of allegedly comparable licensing agreements for other SEP portfolios, but the court found that none of the proposed licenses was appropriate for a comparative analysis in the F/RAND context (and also questioned the validity of this approach, highlighting the conflation of two steps - royalty base and royalty rate - of the royalty analysis).

Judge Holderman examined in detail the importance of Innovatio's patents to the 802.11 standard, as required by Georgia Pacific Factor 9 (advantages of the patented property over alternatives that could have been written into the standard before its finalization), addressing two issues highlighted by the parties. In this perspective, he clarified that the court (i) would consider patented alternatives, but 'recognize that they will not drive down the royalty in the hypothetical negotiation by as much as technology in the public domain', and (ii) would only take into account alternative technologies that were considered by the standard-setting body during the standardization process. 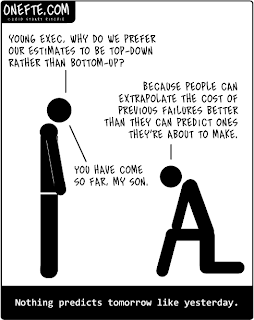 The court then proceeded with the analysis of comparable licensing agreements, under Georgia Pacific Factors 1 and 2, but found that none of the licenses cited by the parties could be used to determine an appropriate F/RAND royalty. In particular, it rejected the use of the VIA pool licensing agreement, employed by Judge Robart to set a reasonable royalty in Microsoft v Motorola, noting that such license did not include high-value patents, and thus could not provide an appropriate reference point to calculate royalties for Innovatio's SEPs, which were of moderate to moderate-high importance to the 802.11 standard. The court '[did] not take a position on the question of whether non-RAND licenses can ever be useful in determining a RAND rate'.

In light of the lack of comparable licenses, Judge Holderman assessed other methods for calculating royalties. He rejected the 'bottom up' approach, which focuses on the cost of implementing reasonable alternatives to the SEPs at issue, due to the lack of technologies alternatives to Innovatio's patents, and to the difficulty of conducting such analysis (as previously noted by Judge Robart in Microsoft v Motorola). Instead, he accepted the 'top down' approach:

In summary, the Top Down approach starts with the average price of a Wi-Fi chip. Based on that average price, Dr. Leonard [the manufacturers' expert] then calculated the average profit that a chipmaker earns on the sale of each chip, thereby isolating the portion of the income from the sale of the chip available to the chipmaker to pay royalties on intellectual property. Next, Dr. Leonard multiplied the available profit on a chip by a fraction calculated as the number of Innovatio' s 802.11 standard-essential patents, divided by the total number of 802.11 standard-essential patents. Dr. Leonard also provided several alternative calculations for this step by varying the denominator of the fraction to account for varying conclusions about the value of Innovatio's patents to the 802.11 standard.

The judge noted that this approach does not rely on other licenses, and takes into account both the principle of non-discrimination and the royalty stacking concerns, by setting the chipmaker's profit margin as the maximum potential royalty. Although the profit margin 'is not always dispositive for determining a RAND rate', especially when widespread infringement is present, Judge Holderman clarified that there was no reason, in light of the circumstances of the case, to question the appropriateness of this method. Thus, he applied the 'top down' approach, by:
The resulting F/RAND rate was 9.56 cents per Wi-Fi chip. The court concluded that this rate was 'comfortably within Judge Robart's reasonable range for a RAND rate', and that the difference with the F/RAND rate set for Motorola's patents was justified, due to the different contribution of Motorola's and Innovatio's patents to the standard: the first only provided minimal value to the standard, whereas the latter were of moderate to moderate-high importance.
Pubblicato da Stefano Barazza a 11:47 pm

Thanks for the support, Scott!