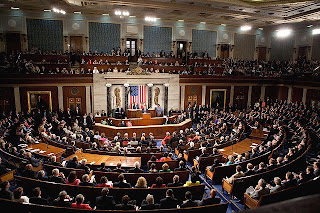 On 5 December, the United States House of Representatives passed the Innovation Act, a piece of legislation meant to deal with patent trolling phenomena. The Act contains a number of measures ranging from disclosure obligations to fee shifting provisions, rules on discovery, customer-suit exception, etc - a nice recap of the Act is available here. In the past few months, however, there have been some 'homemade' attempts to limit the proliferation of patent trolling. For example, earlier this year, the Vermont Attorney General brought suit against the patent assertion entity MPHJ Technology Investments LLC under the Vermont Consumer Protection Act, § 2451 et seq., alleging that the company had engaged in unfair and deceptive acts. According to the complaint filed by the Attorney General, the demand letters sent by MPHJ to many small businesses and non-profit organizations in Vermont, in which the company had alleged infringement of its patents and threatened to sue the recipients, contained false, misleading and deceptive statements.

Another interesting homemade solution, and the subject of this post, consists in the use of cease and desist orders against the law firms that sent patent license solicitation letters on behalf of patent assertion entities. This strategy was employed, among others, by the Nebraska Attorney General, Mr. Jon Bruning, who had already voiced his deep concern over patent trolling:


Businesses that have used, developed, or sold established technologies are often caught off-guard by such threats. [...] Patent trolls make egregious threats with little or no valid legal purpose to gain fast money. It is a top priority of our office to protect Nebraska consumers and businesses from this sort of baseless harassment.

On 18 July, the Office of the Nebraska Attorney General filed a cease and desist order against the Farney Daniels law firm, which had sent demand letters to companies in Nebraska, on behalf of MPHJ. The order enjoined the law firm from initiating new patent infringement enforcement efforts within Nebraska, pending an investigation on the alleged violation of the Nebraska Consumer Protection Act, § 59-1601 et seq., and the Uniform Deceptive Trade Practices Act, § 87-301 et seq. A Civil Investigative Demand, submitted with the order, required the law firm to submit information about the infringement allegations made against any individual or entity within the State of Nebraska.

In August, Activision TV Inc., a client of Farney Daniels, filed an Amended Complaint in the on-going patent infringement action against Pinnacle Bancorp Inc., pending before the United States District Court for the District of Nebraska. The plaintiff added Jon Bruning (and two of his employees) to the list of defendants, seeking declaratory judgment that neither Activision, nor its representatives and counsels, violated any Nebraska state laws related to unfair competition and deceptive trade practices. Activision strenuously argued (i) that the company was not a patent assertion entity, (ii) that the letters sent by Farney Daniels to potential infringers, on its behalf, did not contain any false, misleading or deceptive statements, and (iii) that the cease and desist order had been issued before conducting a thorough investigation. It also maintained that the order violated Activision's First Amendment rights, preventing it from hiring the counsel of its choice (other arguments concerned the violation of the Fifth and Fourteenth Amendment rights to due process, the preemption of state law by federal law, and the applicability of the Noerr-Pennington doctrine). Soon after filing the amended complaint, Activision submitted a motion for a preliminary injunction, asking the court to permanently enjoin the Nebraska Attorney General from enforcing the cease and desist order.

Ruling on the motion, the court held that Activision had standing to raise constitutional issues, finding that the plaintiff suffered an injury directly related to the order issued by Jon Bruning. Judge Bataillon observed that the order prevented Farney Daniels from (i) representing Activision in the pending lawsuit, (ii) pursuing further investigations on behalf of the plaintiff in Nebraska, (iii) negotiating settlements with alleged infringers and actual defendants. 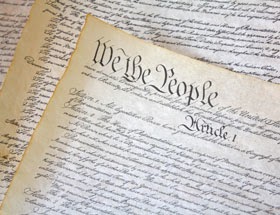 The court examined in detail the argument concerning the compatibility of the cease and desist order with Activision's rights protected under the First Amendment ('Congress shall make no law respecting an establishment of religion, or prohibiting the free exercise thereof; or abridging the freedom of speech, or of the press; or the right of the people peaceably to assemble, and to petition the government for a redress of grievances'). Reciting Weaver v Bonner, and other case law on prior restraints of speech, it noted that a cease and desist order does not meet the threshold of constitutionality when it 'prohibits future statements which, although possibly similar to prior statements, have not yet [been] found to be false, misleading, and deceptive'. In this perspective, the judge severely criticized the steps taken by the Office of the Nebraska Attorney General, observing that the cease and desist order issued against Farney Daniels was akin to a forbidden prior restraint of speech and association:


The court is deeply concerned about the ability of the Attorney General to issue cease and desist orders, prior to the conclusion of the investigation, prior to any negative findings, prior to any hearings, and prior to permitting submission of documents and evidence by the Farney Daniels law firm. On the contrary, the Attorney General sent a request for information to Farney Daniels the same day it sent the cease and desist order, and gave Farney Daniels until August 18, 2013, to respond. Farney Daniels responded, and no further actions have been taken. The inability of Farney Daniels to submit such letters to businesses in Nebraska clearly infringes on the First Amendment rights of Activision to be represented by the counsel of their choice.

This conclusion followed the teaching of Globetrotter Software Inc. v Elan Computer Group Inc., where the Federal Circuit clarified that the First Amendment, as well as federal preemption and the Noerr-Pennington doctrine, prevent the imposition of state-law tort liability for allegations of patent infringement made by the patent holder in good faith. In particular, the Federal Circuit held that 'to avoid preemption [by federal patent laws], bad faith must be alleged and ultimately proven, even if bad faith is not otherwise an element of the tort claim', as a patent holder 'that has a good faith belief that its patents are being infringed violates no protected right when it so notifies infringers'. The court mentioned several cases which applied Globetrotter in the context of actions brought against patent holders under state laws. 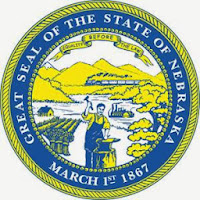 In light of these findings, Judge Bataillon concluded that Activision, in the absence of claims or evidence of bad faith, was likely to win on the merits, sustaining the plaintiff's arguments concerning federal preemption and violation of First Amendment rights. The court, evaluating the other Dataphase factors governing preliminary relief, found that (i) Activision had shown a sufficient threat of irreparable harm, (ii) the balance of harm tilted in favor of the plaintiff, and (iii) the public interest 'is served by enforcing the Constitution'. Therefore, the District Court for the District of Nebraska granted the motion for a preliminary injunction, enjoining the Nebraska Attorney General from enforcing the cease and desist order 'in any manner that would prevent or impede the Farney Daniels firm from representing Activision in connection with licensing and litigation of U.S. patents owned by Activision with respect to companies based in, or having operations in, Nebraska'. The judge added, however, that if 'at some point during the investigation evidence supports a claim of bad faith, the Attorney General is free to revisit this preliminary injunction with the court'.

On 8 November, MPHJ filed a Complaint in Intervention in the same lawsuit, essentially seeking to obtain an analogous preliminary injunction. Just a couple of weeks later, Jon Bruning announced his intention to withdraw the cease and desist order issued against Farney Daniels. Although Nebraska's homemade remedy did not reach its goal, it appears that concern over misleading and deceptive demand letters is at the core of the Innovation Act, which introduced specific provisions aimed at increasing the transparency of such letters (e.g. inserting a new subsection (c) in 35 USC § 284, which prevents a claimant seeking to establish willful infringement from relying on evidence of pre-suit notification of infringement, unless that notification precisely identified the asserted patent, the product or process accused, and the ultimate parent entity of the claimant, explaining how the product or process infringed the asserted patent). According to the Act,


It is the sense of Congress that it is an abuse of the patent system and against public policy for a party to send out purposely evasive demand letters to end users alleging patent infringement. Demand letters sent should, at the least, include basic information about the patent in question, what is being infringed, and how it is being infringed. Any actions or litigation that stem from these types of purposely evasive demand letters to end users should be considered a fraudulent or deceptive practice and an exceptional circumstance when considering whether the litigation is abusive.

I want to say thank you for this post...I am writing my phD on this subject and I had not yet found a review of this case. Do you have a copy of the decision I can access? Do you have news on the Vermont case? Thanks in advance, Louis (lou.montj80[at]yahoo[dot]mx)

You can read the judgment here.

Re the Vermont case, you can find updates on the lawsuit at the official homepage of the Attorney General here.