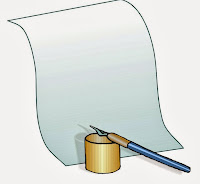 
The Commercial Court no. 4 of Barcelona has allowed the filing of the so-called “protective letters” issued by a potential defendant in a threatened patent litigation. The threatened company requested the Court not to grant ex parte interim relief (provided by Article 733.2 of the Spanish Code of Civil Procedure) in case the patentee so sought.

The case can be summarized as follows:

A pharmaceutical generics company received a warning letter from the patent holder alleging infringement of two of its European patents. In response, the generics company submitted a protective letter outlining to the Commercial Court of Barcelona the reasons why, in its opinion, the potential interim injunction request should be granted only after an oral hearing takes place (which is the usual procedure, as ex parte relief is clearly an exception).

The Court allowed the threatened company’s motion, stating that the submission of such protection could be "convenient and useful". On one hand, the protective letters would limit ex parte preliminary injunctions only in cases when this was truly justified. On the other hand, by means of this letter, the Court would be able to know the defendant's arguments in advance, which would enable speeding up the future decision on the preliminary injunction. The case would proceed much faster as the potential defendant would have had already appeared before the Court even before the infringement case had actually started (there would be no need to summon the potential defendant in its domicile).

As far as the proper legal nature of the motion at issue (protective letters as such are not foreseen in Spanish law), the Court underlined that it could be considered as an “act of voluntary jurisdiction” since the person requests the Court to intervene but such intervention is not related to any existing judicial proceeding. An imaginative solution!

Since protective letters are not expressly provided by Spanish law, the Commercial Court pointed out the following (limited) effects and requirements:


• The protective letter will only have effect if the application of ex parte interim relief is filed before the Barcelona Commercial Courts, and only for a period of six months;

• All future proceedings related to the matter will have to be assigned to the same Court before which the protective letter was filed;

• The protective letter has always to be notified to the patent holder or licensee having sent the warning letter, so that they can be aware of the competent Court once they decide to apply for a preliminary injunction;

• Finally, the Court highlighted the fact that, even if the protective letter is admitted, this does not exclude a future grant of provisional measures ex parte against the alleged infringer if all procedural requirements are met.

This ruling of the Commercial Court of Barcelona is significant since it is the first time a Spanish Court has dealt with protective letters. It sets out the conditions for a party to (try to) exclude an ex parte interim injunction against it. It is still to be seen if other Courts in Spain (outside Barcelona) take the same approach.

Ignacio thanks Revital Cohen for her assistance in preparing this piece.
Pubblicato da Jeremy a 4:31 am