FRAND: the AIPPI, an informed discussion -- and a report

Lord Justice Floyd (Court of Appeal, England and Wales) and Richard Vary of Nokia spoke at AIPPI UK's event at Allen & Overy on FRAND issues earlier this week (26 May). 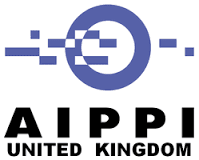 Richard Vary’s presentation on injunctions for SEPs covered vast ground, moving away from a US-centric perspective and covering in detail the current state of the law in the US, Brazil, Europe, China and India. In his view, while US case-law is often portrayed as restricting injunctions for SEPs, the situation globally is far more diverse and complex. He noted that the US decisions have been made in a very specific legal framework, and the US comprises less than 5% of cellular connected devices. In a context where the majority of mobile phone users are spread around the globe, and where the majority of mobile phone manufacturers have no licence to most of the patents they use, a move must be acknowledged from a contractual approach focusing on the licensor’s behaviour to one focusing on the licensee’s willingness to enter into negotiations. Such a move can be noticed on a global scale, as illustrated by recent trends in Europe and Asia. Richard Vary also discussed the IEEE’s controversial new policy precluding an SEP holder from seeking relief until a rate has been litigated and the first level of appeal is exhausted. He also welcomed a move from litigation on a patent-by-patent basis toward a more cost-effective portfolio arbitration approach whereby decisions are taken on the overall portfolio and the validity and/or infringement of individual patents matters less. He noted, indeed, that often firms care more about the value of their overall portfolio than about any single patent that is being litigated.

In his keenly-awaited presentation on the United States Federal Circuit FRAND decisions, Lord Justice Floyd explored the setting of reasonable royalty rates in the US courts. He drew a distinction between Microsoft v Motorola Inc. (W.D. Wash. Apr. 25, 2013), where royalty rates were discussed in the context of a breach of an obligation to make a RAND offer (ex ante standard setting), and Ericsson v D-Link (E.D. Tex. Aug. 6, 2013), and In re Innovatio IP Ventures LLC Patent Litig., (N.D. Ill. Oct. 3, 2013), where royalty rates were discussed as part of the assessment of damages (ex post standard setting). He mentioned a number of factors at play in the determination of royalty rates and noted that some of them, such as the enforceability of third party rights or the duty to negotiate pre-contractually in good faith, are jurisdiction-specific and can present interesting cross-jurisdictional challenges for courts seeking to follow one another’s approach. He also reminded his audience that the rationale behind the “smallest saleable unit” approach to the calculation of royalty rates was to avoid juries setting excessive rates by reference to the value of the overarching good instead of the SEP-covered component. The judge referred to General Tire & Rubber Co. v Firestone Tyre & Rubber Co. Ltd (House of Lords [1975] 1 W.L.R. 819) as constituting a good basis for the assessment of royalties in this context and concluded noting that, where sufficient evidence is adduced to show that royalty stacking and hold-up considerations are not relevant, there is no reason why a judge should not find these irrelevant.

This piece was prepared by Elettra Bietti (Allen & Overy). Thanks, Elettra!
Pubblicato da Jeremy a 5:02 pm