H&M's underwired bras get no support from Court of Appeal

In short, Stretchline had a patent for a fusible woven barrier in a tubular fabric which prevented the ends of underwires used in brassieres and swimming costumes from penetrating the fabric. After making some test purchases in H&M's stores, Stretchline sued H&M for patent infringement. H&M's defence was that the patent was invalid, so a counterclaim for revocation was launched. 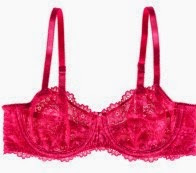 The proceedings were settled after mediation by an agreement which was said to be a full and final settlement of the dispute on a worldwide basis. This was not however the end of the story, since Stretchline later found that H&M had started selling infringing products again. Stretchline brought further proceedings, alleging both breach of the settlement agreement and infringement. H&M issued a defence and counterclaim that it had not acted in breach of the agreement because its brassieres did not fall within the scope of the patent, and further alleging that the patent was invalid. Stretchline applied successfully to strike out the defence and counterclaim as being precluded by the earlier agreement.

On appeal, H&M  submitted that the trial judge -- Mr Justice Sales at had been wrong to conclude that the settlement agreement prevented it from raising the issue of validity by counterclaim or defence, and that Stretchline had materially altered its position by interpreting the scope of its patent more broadly after the date of the settlement agreement and by using a different test (the 'pin penetration' test) to measure penetration than that mentioned in the patent.

The Court of Appeal, in a judgment delivered for the court by patent specialist Kitchin LJ, dismissed H&M's appeal.

* Looking first at the mediated settlement, its recitals and substantive obligations had been broadly drawn so that any reasonable person would have understood that the parties intended to compromise all the issues in dispute including the validity of the patent. By the same logic, Stretchline was prevented from pursuing an infringement claim in addition to that for breach of contract.

* The patent and the original proceedings had been founded upon the use of "the L+M sewability tester", whereas the new proceedings were based on a pin penetration test, the results of which were not readily comparable. However, there was nothing in the body of the patent to say the sewability test had to be used. The patent's claims were cast in general language and there were powerful grounds for saying that the skilled person would consider that the resistance of the tube could be measured using any conventional test.

* There was no evidence that H&M had entered the settlement agreement on the basis that the sewability test was the only test of penetration, and the parties could reasonably be taken to have intended that the release should apply to claims of the kind in issue,

This decision underlines the principle that, once something appearing to be a final and global settlement of a patent infringement claim is entered into, the courts are most reluctant to depart from the proposition that it is indeed the last word on the subject.
Pubblicato da Jeremy a 9:16 am

Strange - my understanding was that an agreement not to contest the validity of a patent was one of the so-called "black clauses" and was unenforceable as being anti-competitive. Clearly I need to improve my knowledge.

Thanks, Anonymous, for your comment. I'm not an expert on competition law, but I think that "black clauses" aren't a problem where the patent owner doesn't have a dominant market position.

Thanks Jeremy but my understanding of the TTBER is that it only applies when the parties do not have a dominant market position. It does seem strange that the EU commission sees non-challenge clauses as prima facie anti-competitive but the UK courts are happy for them to be used in settlement agreements despite the public interest in having invalid patents removed from the register.