Springtime, but no summary judgment for Huawei and their co-defendants

Unwired Planet International Ltd v Huawei Technologies Co Ltd & Others [2015] EWHC 1198 (Pat) is a Patents Court, England and Wales, decision of Mr Justice Birss, delivered on 12 May. This ruling gives some useful guidance on applications for strike-out and summary judgment -- and on when not to bother making them.

Unwired sought injunctive remedies, except to the extent that the various defendants were required and entitled to take licences to the SEPs on FRAND terms. Unwired made two open licensing proposals to the defendants; (i) in April 2014 it proposed a worldwide licence of all its patents, and (ii) in July 2014 it proposed a worldwide licence of its SEPs only. 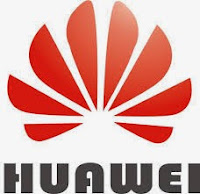 The defendants said that none of the patents was essential, valid or infringed, but they said they'd be willing to take licences under any patents found to be valid and infringed. Their defence also alleged that, in seeking an injunction, Unwired was in breach of Article 102 of the Treaty on the Functioning of the European Union (TFEU) by committing an abuse of its dominant market position. Once the Article 102 issue was raised, further interested parties were joined to the proceedings. Unwired then applied to add to its claim a declaration that its offers of licence were FRANDly; the company also sought a declaration as to the terms or range of terms that would be FRAND for a licence to use the claimant's portfolio of SEPs and/or its portfolio of patents.

Huawei and the other defendants contended that the FRAND obligation points were capable of being dealt with summarily and that they should be: Unwired's proposals couldn't be FRANDly because Unwired failed to offer (i) single patent licences if requested; (ii) a licence under all SEPs essential to a particular standard; (iii) a licence under SEPs relating to a particular territory.

Birss J refused to deal with the FRAND issue summarily. In his view:

* It was at least arguable that a key part of the factual matrix against which the offer of FRAND terms had to be construed was competition law and policy. This being so, no matter how clear the meaning of the words themselves might seem, a final decision about their meaning and scope could not be made without putting them into their proper factual and competition law context.

* It could well be that competition law considerations and the wider context actually worked in the defendants' favour -- but that should be decided at trial. It would not be sensible to try and decide issues of the construction of the claimant's proposals summarily, since they were too closely connected with underlying facts which were themselves in dispute. Since Unwired had a real prospect of defending all the points arising on the summary judgment application, it must be refused.

* Unwired's assertion that its proposals were FRANDly had a real prospect of success, so its application to amend its claim by adding a declaration to that effect would be allowed on terms stipulated by the court.

Of all the areas of intellectual property litigation, patent law is probably that in which applications for summary judgment and/or strike-out of claims have the least chance of success since not only are the facts often complex and in dispute but the ease with which competition law issues under the TFEU can be raised will tend towards the conclusion that there is a need for a full trial.  In contrast, applications for speedy trials may be a bit more promising for patents than for other IP rights, given the relatively short life of a patent and the fact that a swift decision on the issue of validity in the light of allegedly killer prior art may avoid the need for a full-blooded court battle on issues of infringement.
Pubblicato da Jeremy a 8:16 am