An avoidable case of estoppel? 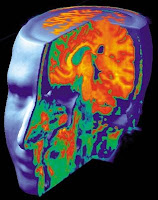 Earlier this month, in Kapur's application, BL O/033/09, 6 February 2009, a hearing officer for the Intellectual Property Office (UK) held that an applicant could not re-argue unamended claims after the High Court had already ruled on them in earlier proceedings.

What happened here was that Kapur had filed six applications relating to a method of managing documents on a computerised system, each of which was rejected by the Intellectual Property Office on the grounds that it was not an invention, applying the Patents Act 1977, s.1(2) -- the provision that excludes the patentability of computer programs and mental acts as such. When Kapur appealed, Mr Justice Floyd (see critical discussion of his decision here) held that the applications were rightly refused as being computer programs as such but should not have been rejected as being mental acts and remitted the applications for further examination. The appeal was thus allowed in part and the applications were remitted for re-examination on what appears to be the assumption that, once Kaur had amended his applications so as to exclude claims to computer programs as such, their patentability could be considered (i) insofar as they were excluded computer programs and (ii) bearing in mind that there was also an exclusion relating to business methods, which Kapur would still have to circumvent.

Kapur did not amend the claims, although he did put forward some further claims, and the examiner rejected them all. On appeal, the hearing officer held that the applicant was estopped by Floyd J's earlier finding of non-patentability as a computer program as such from arguing that the unamended claims should be allowed: accordingly, since all of the proposed amendments would also be excluded as computer programs, the applications were refused.

The application of estoppel theory looks fine, as does the summary of the applicable principles in the Office Hearings Manual, which the the hearing officer cited. The thing that's slightly troubling here is that there is no clear indication that Kapur -- who represented himself -- was warned as to what the doctrine of estoppel by record (res judicata) was, how it operated and what the consequence of non-amendment was therefore likely to be. To the casual reader, unacquainted with the facts, this looks like one of those cases of a hopeless applicant running into a legal barrier that could be seen miles away.
Pubblicato da Jeremy a 5:43 am