Suing, not suing both attract the Commission's attention 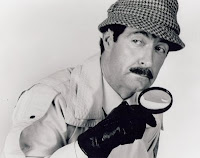 According to today's Pharma Times ("EU pharma inquiry submissions to be made public soon"), the public consultation following the European Commission’s inquiry into alleged anti-competitive practices in the pharma sector received more than 40 submissions, which will be made public "within the next few weeks", according to Commission spokesman Jonathan Todd. The Commission's definitive report is expected "before the summer".

Issues specifically investigated by the Commission include “patent clusters” (the making of multiple patent applications for the same product) and lengthy patent litigation: more than 700 cases were brought during the seven-year period, each one lasting an average of three years and with generics firms winning around 60% of cases.  Also on the list are “reverse payment settlements”, made by patent owners to generics companies in order to keep them off the market. Cynics might wonder whether, if patent litigation is viewed as an anticompetitive practice, it might seem a little strange that payments made in order to avoid patent litigation are equally suspect.
Pubblicato da Jeremy a 7:45 pm