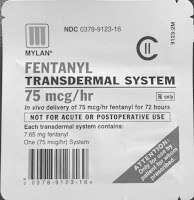 The full text of the decision is not yet available on the BAILII database, but Mr Justice Kitchin's decision in ratiopharm (UK) Limited and another v Alza Corporation; Alza Corporation and another v Sandoz Limited [2009] EWHC 213 (Pat) -- picked up by LexisNexis Butterworths -- reminds how to go about establishing inventive step.  The dispute related to, inter alia, the validity of a patent for a transdermal patch for the delivery of the opioid fentanyl.   The judge held the patent infringed, but invalid.

According to the note on this case, the judge's approach to obviousness was as follows:

"In addressing the question of obviousness, it was convenient to use the following structured approach. First, the notional 'person skilled in the art' and the relevant common general knowledge of that person had to be identified. The common general knowledge was the common stock of knowledge of the persons skilled in the relevant art. Second, the inventive concept of the claim in question had to be identified, or, if that was not possible, the claim had to be construed. Third, what, if any, differences existed between the matter cited as forming part of the 'state of the art' and the inventive concept of the claim or the claim as construed had to be identified. Finally, the court should ask whether, when viewed without any knowledge of the alleged invention as claimed, those differences constituted steps which would have been obvious to the person skilled in the art or whether they required any degree of invention. In answering that final question, the court had to take into account all the relevant circumstances. Further, the court should be aware of the danger of allowing 'obvious to try' arguments to invalidate commercially valuable patents in research-intensive fields".

Without seeing the case in full, it is not possible to appreciate the context and strength of the warning in that final sentence. It will be good to see if the judge explains how the commercial value of a  drug patent -- which is not crystallised until a future post-patent phase in which the regulatory niceties have been complied with -- relates to the patent's obviousness, which is an inherently retrospectively measured criterion of validity.
The judge's words also lead to an interesting thought about inventive step. In the UK many approaches have been developed by those who seek to persuade a court that a patent lacks inventive step. These range from highly technical assessments of the prior art and what the notional person(s) skilled in the art might have made of it, through to market-based tests such as "long-felt want" or "commercial success" which pay little or no serious attention to prior art at all. The greater the number of bases for arguing inventive step, the greater the time and cost invested in dealing with them. What would come in handy would be an algorithm for establishing which tests were vital, useful or irrelevant in which situations, which might be drawn to the attention of the parties when an action was still in its case management phase. Would this be feasible, I wonder?
Pubblicato da Jeremy a 8:15 am