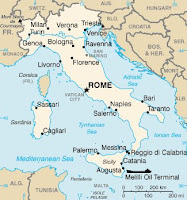 Chiara Ortolani, an Italian lawyer who is currently in London as an Erasmus scholar, has written this note for PatLit on an important feature of Italian patent law: the scope of availability of pre-emptive injunctive relief. Chiara writes:
The Italian Procedural Civil system offers different means to the owner of an infringed (or under the risk of being infringed) right, to protect it before the beginning of the trial and in some cases even without it having been granted. Especially in IP litigation, because of the big losses to which unchecked infringement would lead and because of the risk of destroying the long-term investment made by the owner, the need to react immediately to every kind of infringement is well met.
The Act for the protection of industrial rights (Decreto Legislativo n. 30/05) provides three special kinds of pre-emptive remedy, which only the judge can provide. Each of them allows the owner to cover a specific aspect of his right.

The description ("descrizione", under Articles 128 and 132 of that Act) allows the owner to collect all the clues and evidence of infringement, providing it to the judge who can order the discovery and description not only of the goods and/or services which represent the patent infringement, but also of the instruments which are useful for making or realising them

Sequestration ("sequestro", under Articles 129 and 132 of the same Act) allows the owner not only to sequestrate such goods and instruments but also to let him sequestrate evidence of the infringement. 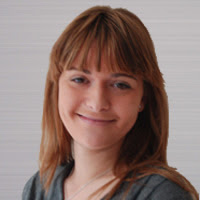 The inhibitory order ("inibitoria", under Articles 131 and 131 of that Act) allows the owner to stop every kind of activity related to the infringement and represents a very flexible instrument, because the judge can order either the cessation of the production, diffusion, importation or export etc. of the illegal goods and/or services. The main difference between the inhibitory order and the sequestration is the focus of their protection: in the former the owner asks for the provision of limits over specific goods and/or services, in the latter the owner asks for the imposition of a duty on the person presumed liable for the infringement.

The Italian system provides also a general pre-emptive remedy (under Article 700 of Procedural Civil Code), but using it in a field in which specific remedies are provided is generally said to be inadmissible. Not only does the owner of a patent have the power to act, using these remedies, but so too has the person who has applied for the patent registration. This creates an important asymmetry between the subject who applied for the patent registration, in respect to whom the system provides procedural and substantial protection immediately, since the application has been registered, and the subject interested in a declaration of the patent nullity, who has the power to bring such a claim only after the patent registration.
Pubblicato da Jeremy a 5:55 am