To stay or not to stay? Neither, says the judge 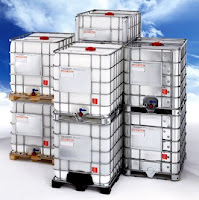 Schutz, which owned a package of intellectual property rights in its intermediate bulk containers, sued Werit for patent infringement and Delta for patent infringement, trade mark infringement and passing off.   Schutz and Delta agreed that the patent claim against Delta would be stayed, so long as Delta agreed to be bound by the outcome in the proceedings against Werit, but Schutz refused to stay the trade mark infringement and passing off claims.
At this point there was a clear need for some firm case management. At a case management conference before Kitchin J, both Werit and Delta submitted that the trade mark and passing off claims should be stayed pending the outcome of the action against Werit, while Schutz maintained that, because of the overlap of evidence, the patent, trade mark, and passing off claims in both actions should be heard together, employing specific case management directions so as to avoid the defendants having to attend when they were not required.  Schutz contended that (1)  the evidential overlap was considerable, (2) there was a risk of inconsistent evidence if the actions proceeded separately and that (3) separate hearings would result in a waste of costs.

Kitchin J resolved the issue as follows:
1. In principle, where all the parties could afford to litigate, it made sense for the two actions to be heard together where there was considerable overlap of evidence.
2. In this case, however, Delta was a tiny company and had agreed to be bound by the judgment on infringement and validity in the proceedings against Werit.  Further, if Schutz succeeded against Werit, the action against Delta was likely to be redundant since Delta would be unable to continue in that line of business.
3. This being so, the appropriate direction was not a stay: the actions should be heard sequentially, but nine months apart, so that both transcripts and judgments would be available in order to reduce inconsistency.
4. This approach would not result in a substantial increase in the total length of court time, and the use of sequential trials would avoid the need for both defendants to be represented throughout --  which would be wasteful and might unjustly prevent Delta from participating.
This seems a creative solution, one that neither side was apparently pressing for either. Without access to the specific facts we may never know precisely how much benefit may arise from the choice of sequential actions ahead of a stay.  Where trade mark infringement or passing off are at stake and the alleged infringement is continuing, the potential damage caused to the claimant's reputation suggest that those claims are less likely to be stayed or placed second in sequential trials.
Pubblicato da Jeremy a 10:10 am