The decision today of the Court of Appeal for England and Wales in Zipher Ltd v Markem Systems Limited and Markem Technologies Limited [2009] EWCA Civ 44 is the latest in a long line of judicial rulings in a dispute that has been in and out of the British courts since Markem first took it into its head to challenge Zipher's proprietorship of two patents back in 2002. It is not the intention of this note to trace the sad history of this contest, but rather to focus on the very helpful contribution made by Lord Neuberger (this is now the third occasion in recent months that a Law Lord has descended to the lower appellate court in order to deliver a leading judgment: see also here and here). In his judgment, with which Lord Justice Jacob and Sir Peter Gibson concurred, he clarified the issue that had bedevilled the minds of too many expensive lawyers for too long: had Zipher given an undertaking to the court that it would not further press its case regarding the first four claims of a disputed patent, or had it not? 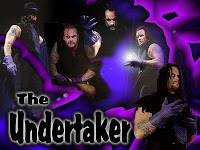 Now we know what it takes to undertake ...

Here Lord Neuberger explains at paragraphs 19 to 25, for the benefit of all, what might be called the Modern Law of Undertakings (citations omitted):

"An undertaking is a very serious matter with potentially very serious consequences. It is a solemn promise to the court, breach of which can lead to imprisonment or a heavy fine. Accordingly, there should never be room for argument as to whether or not an undertaking has been given. Further, while there is inevitably sometimes room for argument as to the interpretation of an undertaking, the circumstances in which such arguments can be raised should be kept to a minimum. Accordingly, any undertaking should be expressed in full and clear terms and should also be recorded in writing.

None of this is either controversial or original. Unsurprisingly, it is well established. ... "it is in all cases highly desirable that any undertaking to the court shall be recorded and served on the giver personally". ... the "most obvious and convenient way … is to record the undertaking in an order of the court …". ... "the general practice to be adopted" was that the "undertaking should be included in a recital or preamble in the order of the court", which should be issued and served on the person who gave the undertaking with a penal notice. ...

In this case, the undertaking is said to have been given orally, and was never committed to writing (save that the variation to the patent which would have resulted from the alleged undertaking was written down and handed to the court). The argument as to whether an undertaking was given, and what its terms were, has therefore centred on the transcript of what was said at the hearing. Quite apart from the self-evident undesirability of courts having to trawl through transcripts of earlier hearings to consider whether any binding commitments were made on behalf of any party, and, if so, the meaning and extent of any commitment, there are, I think, four points of principle to bear in mind when considering transcripts in such circumstances.

First, all the relevant passages must be read together and, of course, in their overall context. Secondly, one should be wary of indulging in what Lord Diplock characterised as "detailed semantic analysis" of the words revealed by the transcript: if such analysis can be inappropriate in relation to formal written contracts, it must be a fortiori when it comes to oral exchanges in court. Thirdly, if there is real doubt as to the meaning or effect of what was said, it should, as mentioned, be resolved in favour of the person who would be bound. Fourthly, it is permissible to have regard to what was said and done after the undertaking is said to have been given, in order to assist in resolving whether it was, and, if so, what its terms were ....

On the facts the Court of Appeal, allowing the appeal, held that no undertaking had been given. with luck, if the court's words are heeded, this issue will never need to trouble any judge in patent proceedings again.
Pubblicato da Jeremy a 1:59 pm

Email ThisBlogThis!Share to TwitterShare to FacebookShare to Pinterest
Etichette: undertakings