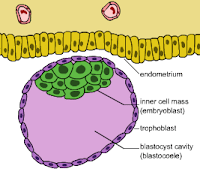 Kristof Neefs (Altius) has informed PatLit of a press release from the German Bundesgerichtshof. Germany's Supreme Court has referred a question to the ECJ in respect of Article 6 of the Biotech directive, which sets out exceptions to patentability for those inventions which are contrary to ordre public or morality. Says Kristof:

"Though the text of the judgment is apparently not yet available, I understand (though my command of German is limited) that the question relates to the interpretation of the term “human embryo” in the Directive. More particularly, the court raises the question whether stem cells gathered from a blastocyst (a specific stage of development of a fertilized egg cell) are considered human embryos even though they are as such no longer capable of developing into a human individual. The court would also like to know whether a blastocyst itself is to be considered an embryo in the sense of the Directive".

Some background concerning the litigation leading to this reference, and some of its political dimensions, can be found on Mark Schweizer's post on the IPKat here.
Pubblicato da Jeremy a 4:52 pm

Email ThisBlogThis!Share to TwitterShare to FacebookShare to Pinterest
Etichette: reference to ECJ

I hope we all can settle on the "14-day" policy and put the matter to rest.

In any case, where does the issue arise if blastocyst cannot develop into a full human being?