Via the 24IP Law Group comes news of the reorganisation of the French intellectual property court system. According to a recent circular:

"In two decrees dated 9 October 2009 the French Government has reorganised its court system for intellectual property. As from the 1 November 2009 any disputes involving technical intellectual property rights, such as patents, utility models, supplementary protection certificates or semi-conductor design protection, will be heard in front of the Paris High Court. 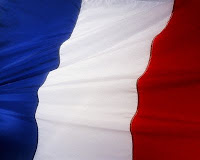 The Paris Court of Appeal will be responsible for hearing any appeals against decisions of the French Patent Office (INPI) relating to technical IP rights and also for non-residents in other IP matters. Only disputes between French residents involving the other matters, such as trademarks, protective designations of origin, design rights and copy-rights, will still be held in the existing regional courts.

This concentration of all disputes in patent and related matters in France is particularly welcomed in the light of the recent changes in European law. There had been differences in the past between the existing courts in France concerning the revocation of patents after grant. It is to be hoped that centralising all such matters in one central court will lead to greater harmonisation of case law.

The increased tendency of the Parisian Court to grant damages that are greater than the value of a pure license fee and also for compensating the winning parties for the costs of pursuing their case is also to be welcomed.

The new central court in Paris will also simplify the procurement of inspection orders (“Anton Piller”) as it will no longer be necessary to find a local attorney with the required technical expertise to discuss the matter in a provincial court.

The French Government hopes that the new measures will lead to the development of Paris as a forum for solving patent disputes that will be competitive with the courts in England and in Germany".

PatLits adds that the two decrees, both of which can be found on the Eplaw website, are

Pubblicato da Jeremy a 5:49 am